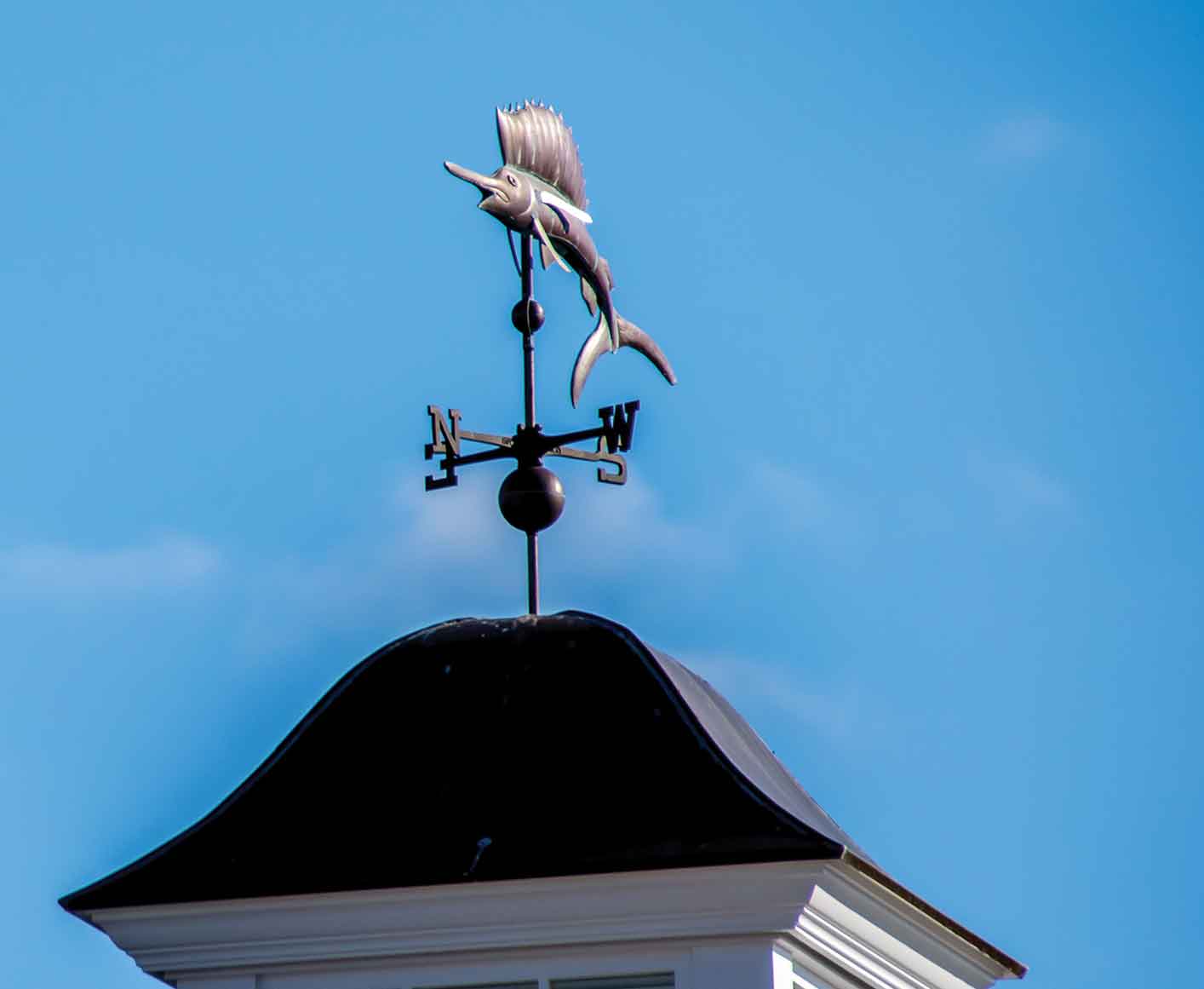 Folk Art High in the Sky

Homeowners and businesses in Chatham make a unique statement with personalized weather vanes. 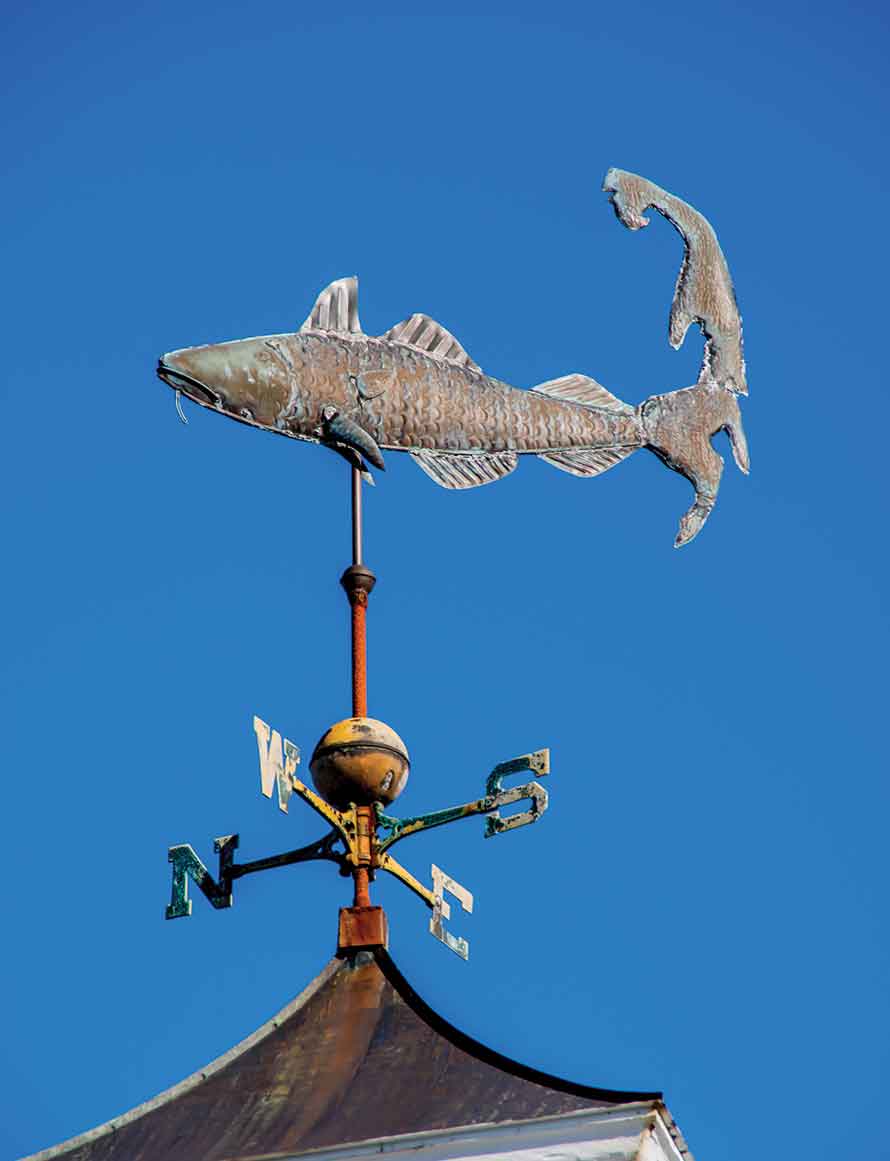 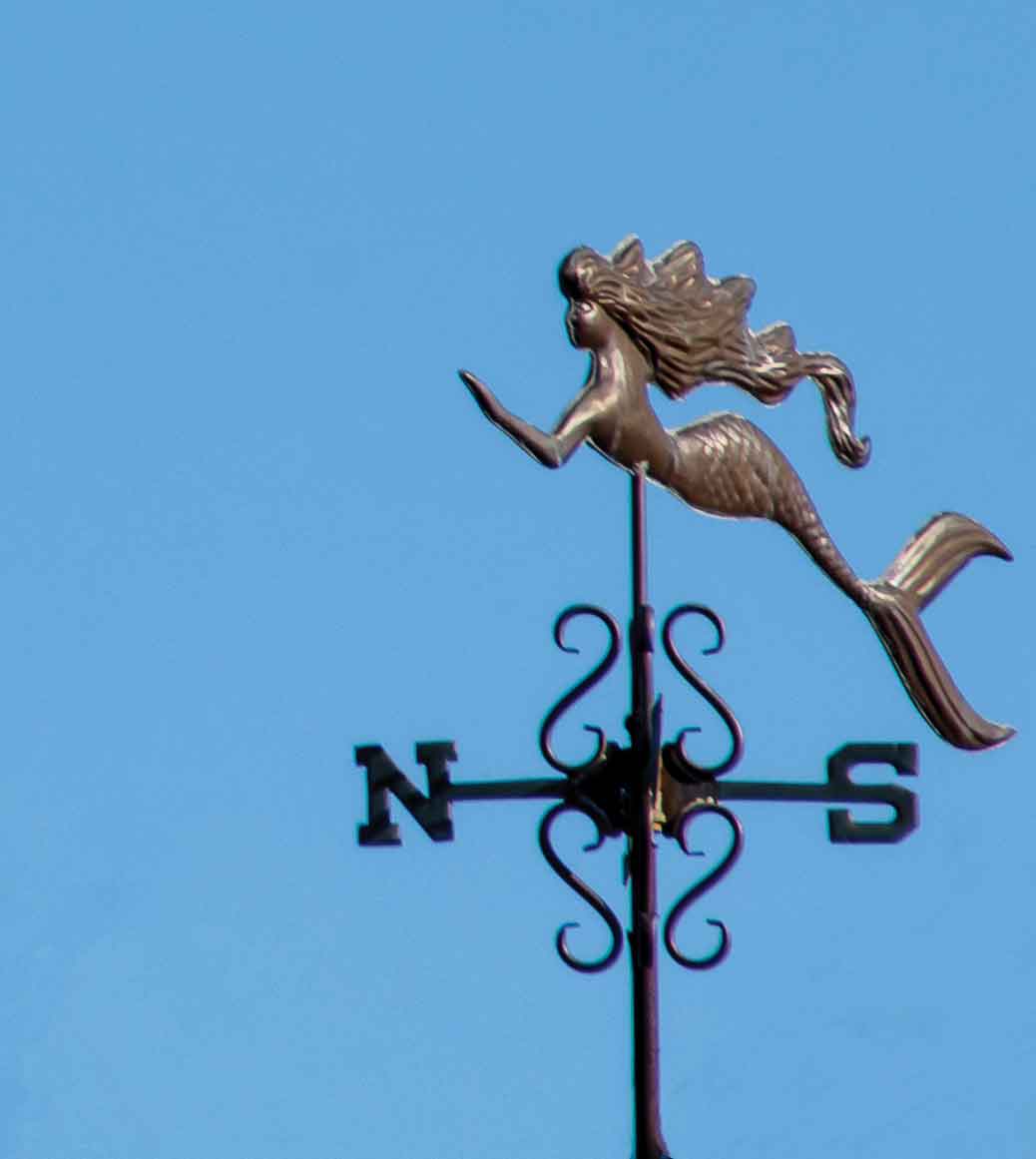 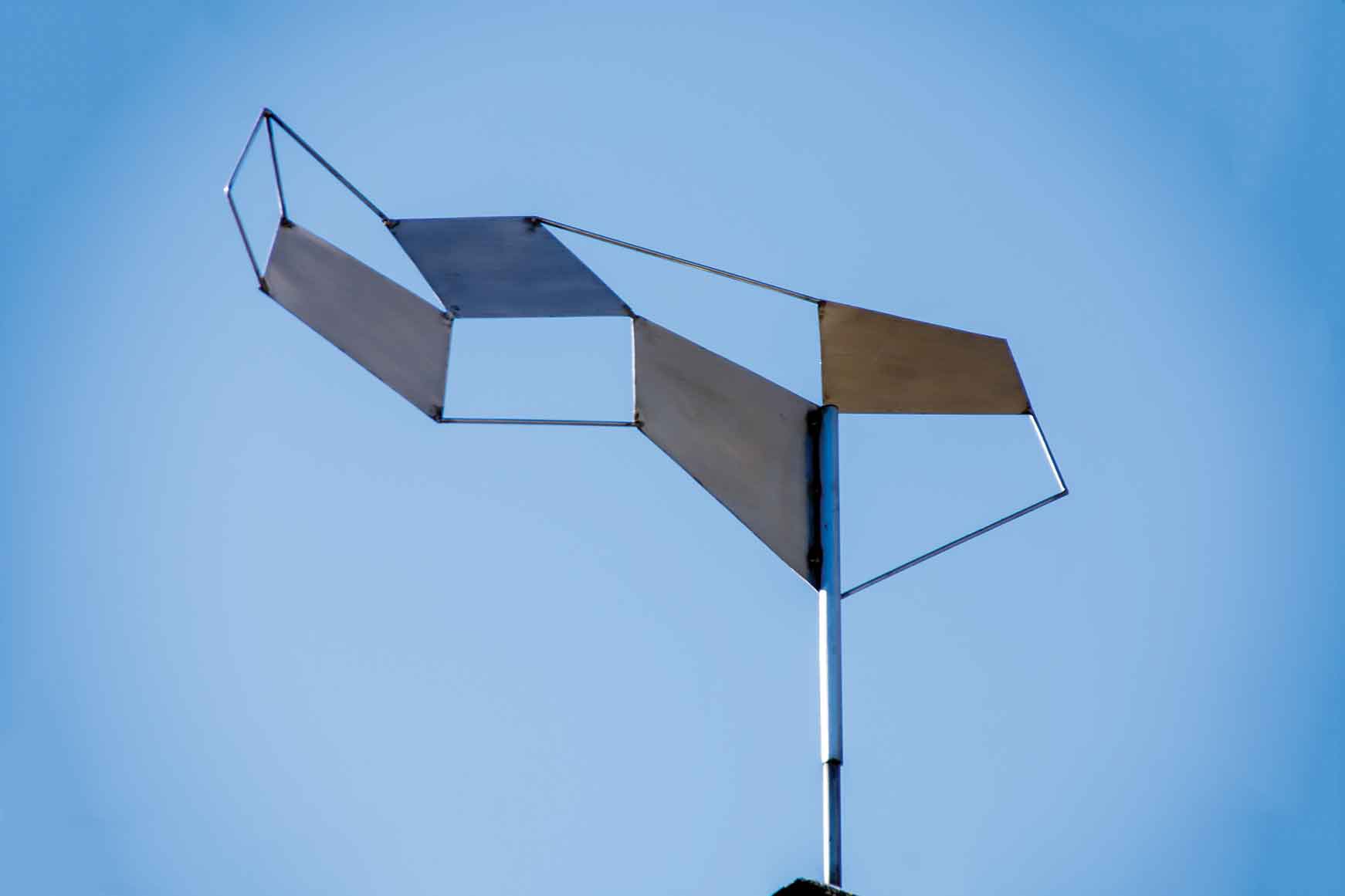 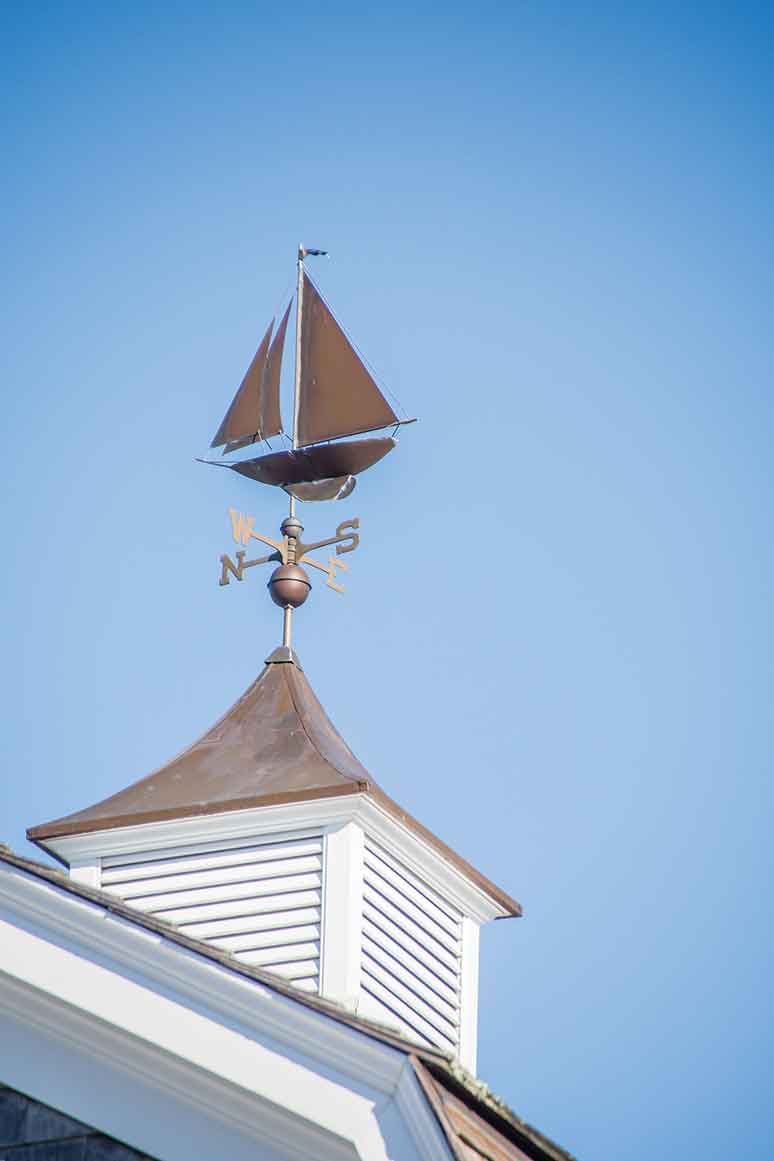 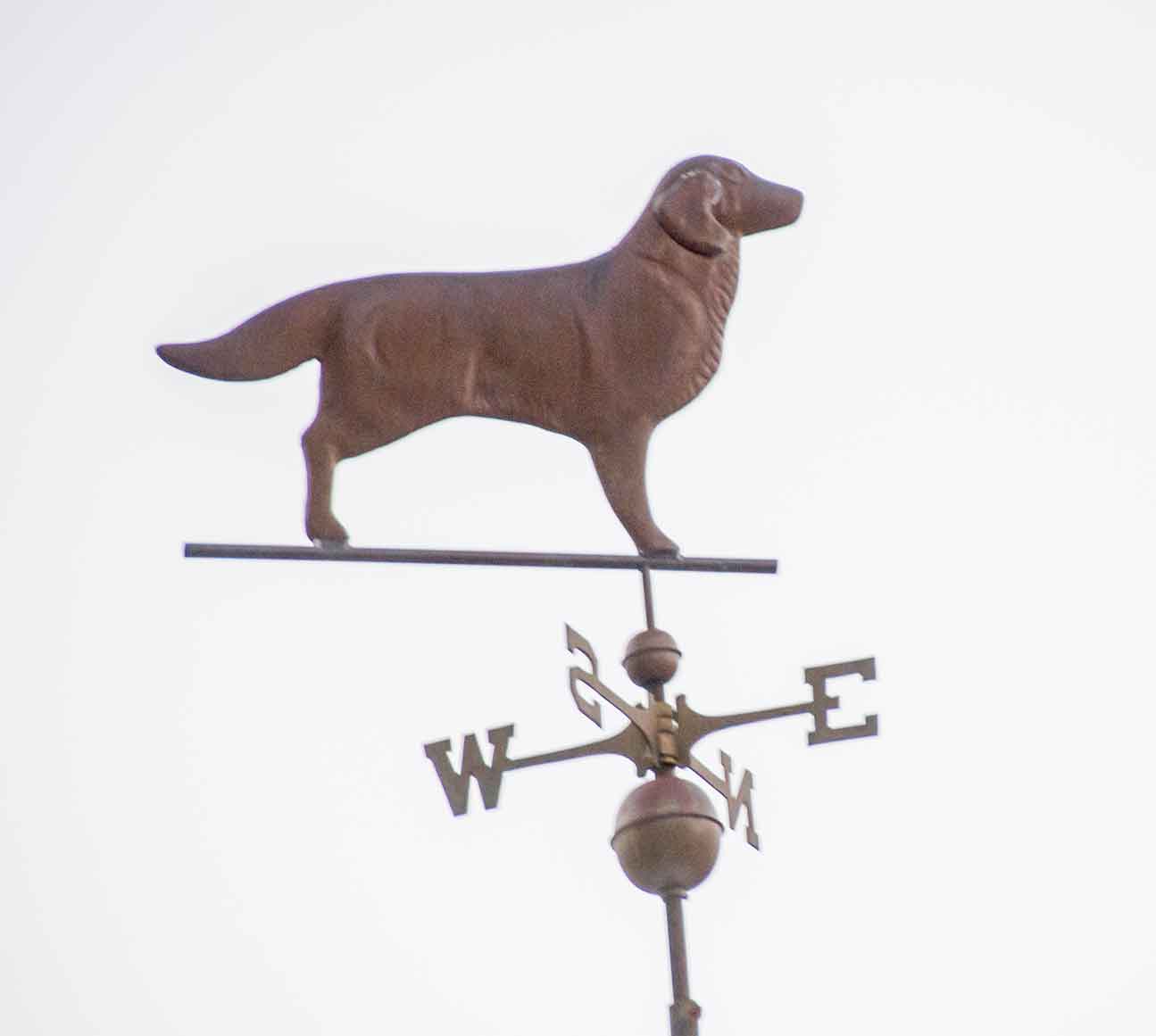 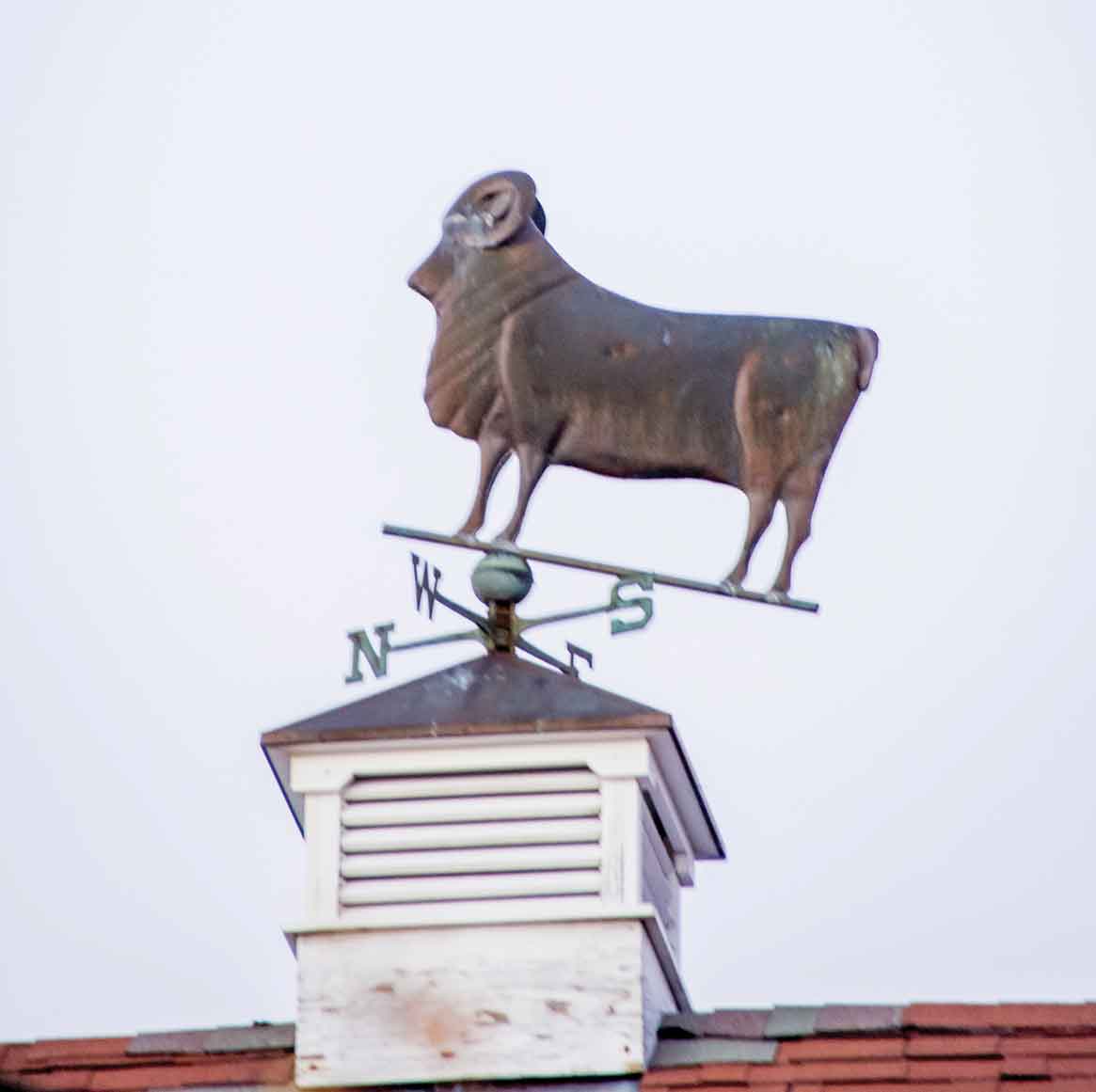 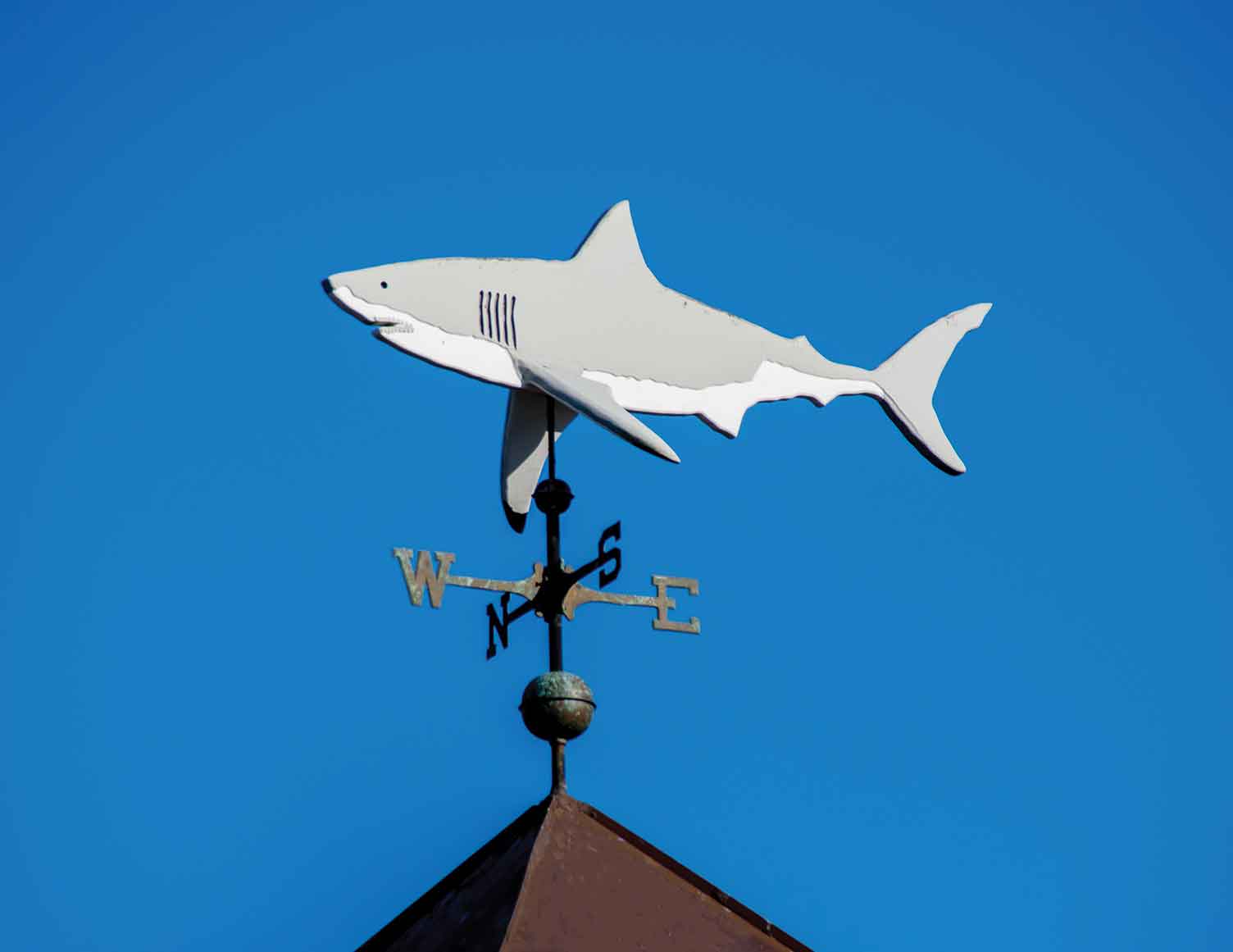 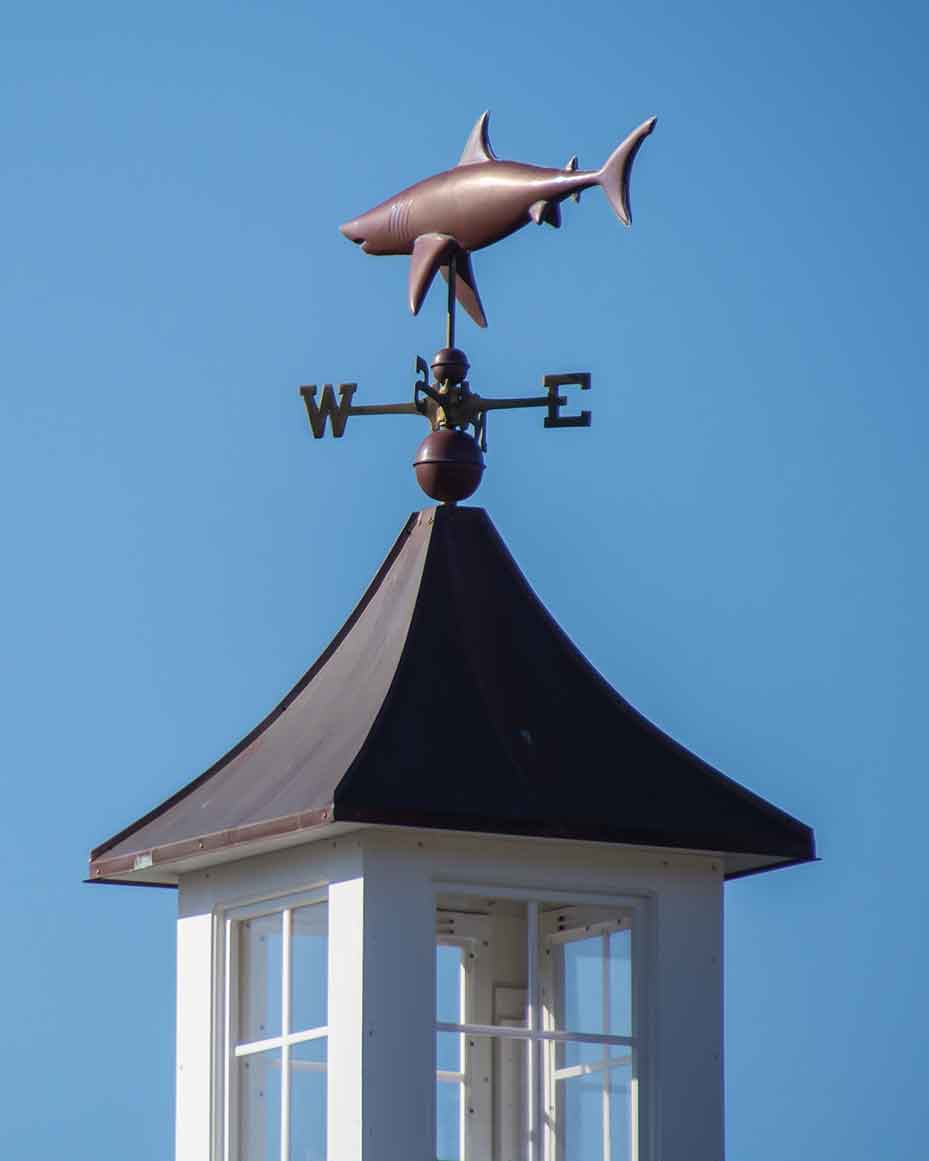 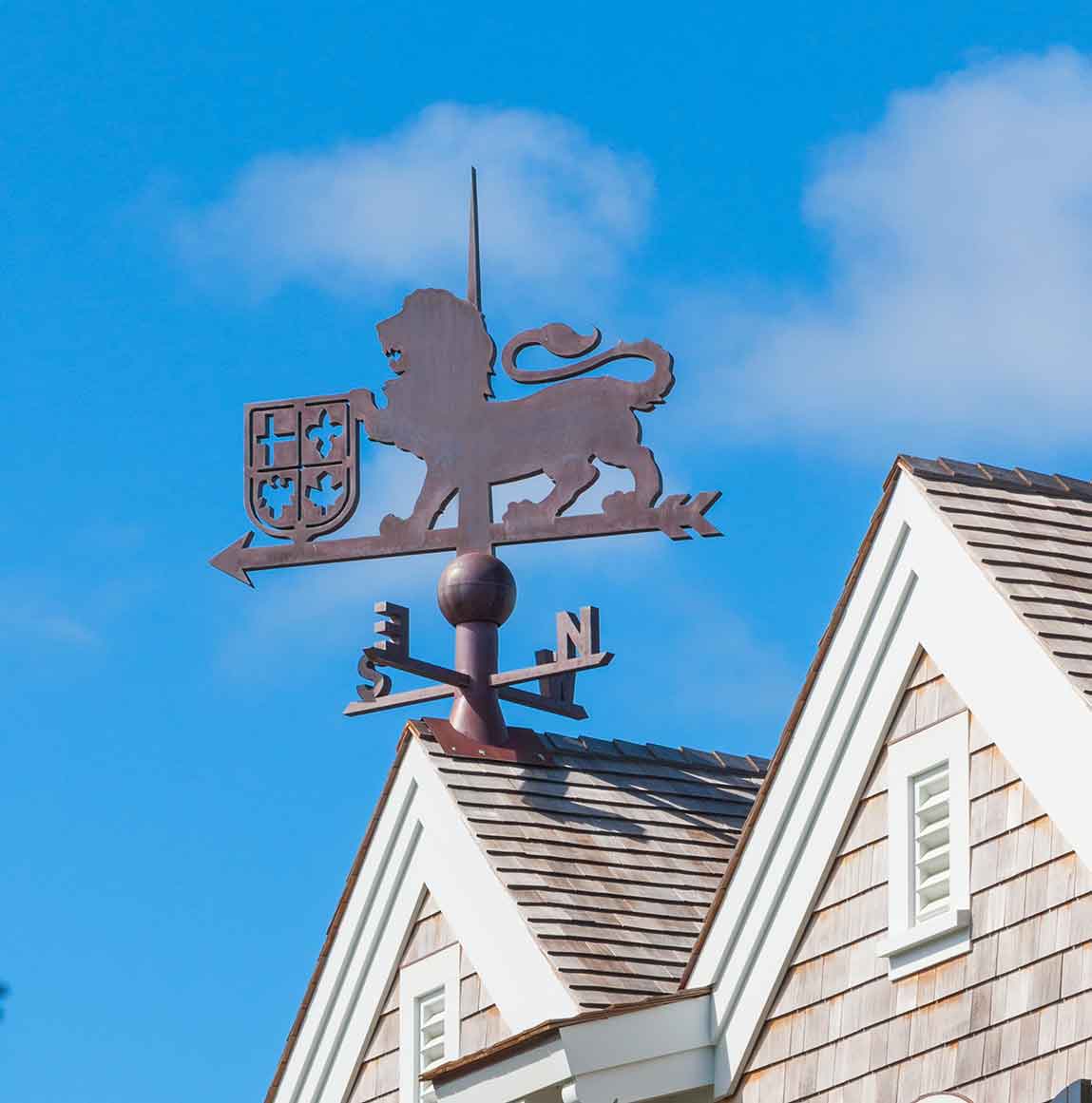 While wandering around Chatham, be sure to look up. Otherwise, you will miss examples of America’s oldest folk art—the weather vane. “Weather vanes have long been recognized as beautiful and representative examples of American folk art,” writes author and historical researcher Charles Klamkin in his book, “Weather Vanes: The History, Design, and Manufacture of an American Folk Art.” Weather vanes go as far back as ancient Greece and their use in America began centuries ago, most notably atop church steeples, where banners, flags or angels were visible from a distance. The wind indicators initially had a practical purpose—reading the direction of the wind—but given their prominent position in the sky, they also served as emblems for the establishments below. Eagles and roosters were popular in early America. Today, there are a variety of styles depending on the homeowner’s preferences.

Over time, New England landowners began utilizing this rooftop art to advertise their professions, interests or possessions. “A weather vane is a symbolic statement of something that is meaningful to the owner,” says John DaSilva, design principal at Polhemus Savery DaSilva (PSD), an integrated architecture and construction firm that has designed and built many Chatham homes as well as designed their decorative weather vanes.

The rooftop ornaments, according to Chatham metalsmith and sculptor Tom Odell, are a way for people to express their personal style. “A weather vane is an accessory for your house,” says Odell, who has designed several around town.

In Chatham, weather vanes are often inspired by the town’s proximity to the ocean. Nautical themes dot rooftops, such as boats, birds, sharks, whales and other sea life. However, some residents have roofline accents that uniquely cater to their interests. For example, homeowners near the downtown area who hired PSD to design and build their home also had them design, fabricate and install a weather vane, which contains a coat of arms and a lion. PSD’s weather vanes are digitally designed and cut with a computer-controlled machine. The family created their own coat of arms to represent valued elements of their family’s heritage and history. They added the lion to honor their love of cats.  Other standouts in town created by PSD include a mermaid holding a looking glass and sports-themed weather vanes that incorporate golf and tennis.

Carol Sherman, owner of Monomoy Salvage, Ltd. in Chatham, says she sells several weather vanes that represent a variety of subjects, such as a baseball batter, lobsters, animals and ships. Sherman says that foreign tourists are especially fond of these unique works of art. For them, the creative vanes are prestigious items which, when displayed, “means you’ve made it.”

The weather vanes have certainly “made it” to the top, but however one chooses to see these rooftop works of art, each one adds history and personality to this town’s unique skyline.