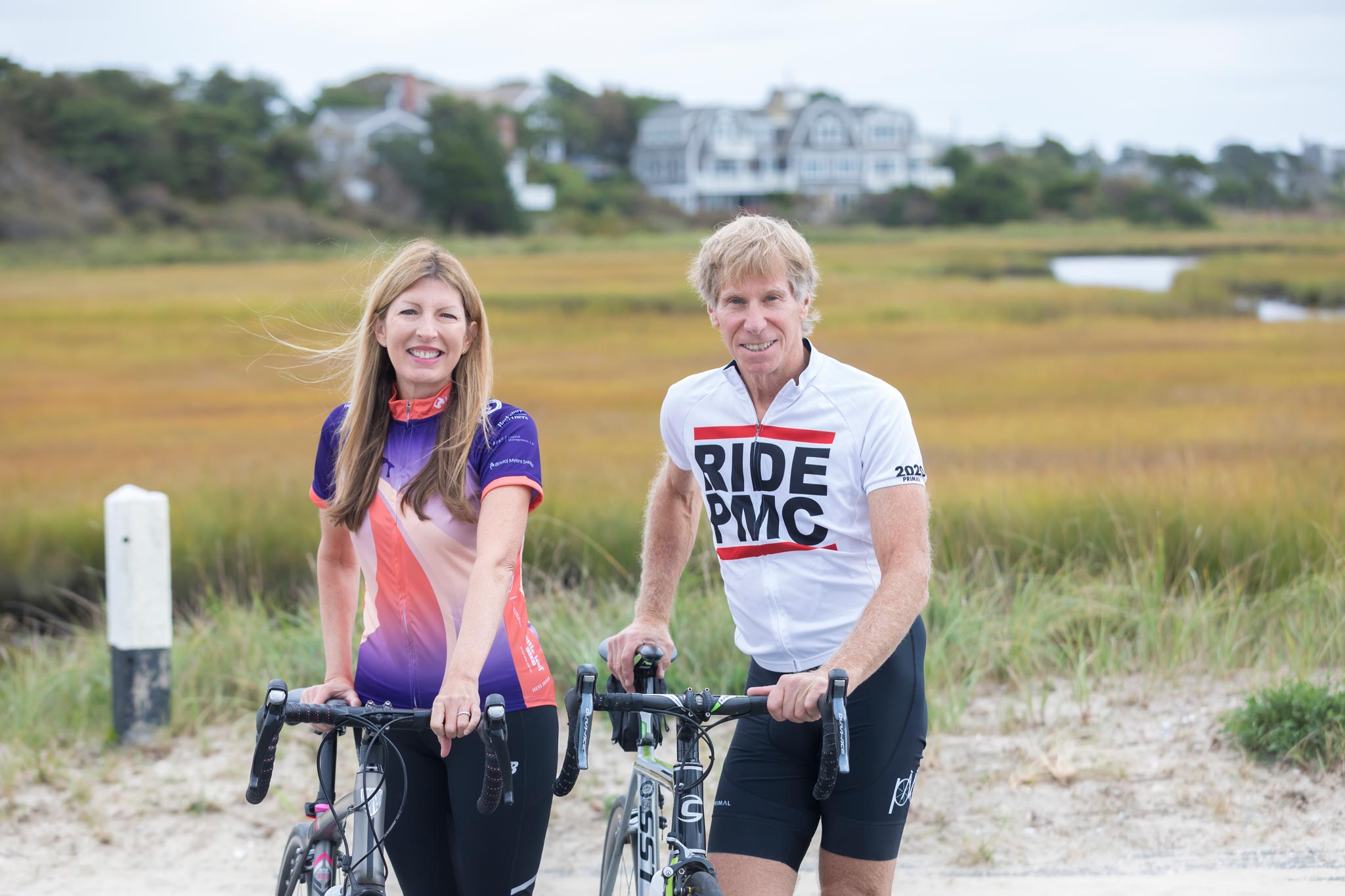 Pan-Mass Challenge founder Billy Starr and his wife, Meredith Beaton Starr, operate the most successful single-event athletic fundraiser in the world from their summer headquarters in South Chatham.

It’s a pleasant August morning in South Chatham, and the Starrs appear the picture of contentment. Billy is lounging on a sofa in shorts and a T-shirt while Meredith is in the kitchen pouring a cup of coffee. Their Portuguese Water Dog, Maxine, waggles through the room. Beyond a wall of glass, Cockle Cove Beach beckons.

This is the Starrs’ home—they call it “Starr-Gazing”—and summer headquarters for the most successful single-event athletic fundraiser in the world. It’s also the nerve center for a mission of charitable giving approaching an astounding $1 billion.

Billy Starr, a youthful 71, is executive director of the Pan-Mass Challenge, the bikeathon he founded in 1980. Meredith Beaton Starr, his wife of 30 years, holds the official title of director of stewardship and liaison to the Dana-Farber Cancer Institute in Boston, the beneficiary of those multimillions the PMC has generated.

The Starrs have indeed reached for the stars and beyond with an event that began humbly in 1980, with three dozen riders and a handful of volunteers. Billy Starr was motivated to raise money for cancer research after his mom died from melanoma at age 49. Everyone got lost on their way to Provincetown, but $10,200 was donated to Dana-Farber, where Betty Starr had been treated.

“We had no idea what we were doing,” said Billy. “But we were motivated.”

Now, with the 43rd Pan-Mass Challenge scheduled for August 6 and 7, nearly 7,000 riders are expected to participate, supported by 4,000 volunteers. The centerpiece is the two-day, 186-mile Sturbridge to Provincetown trek. There are 15 other routes ranging from 25 to 211 miles, and they all share the same goal: Generate the largest charitable gift possible for patient care and cancer research at Dana-Farber and for its Jimmy Fund. 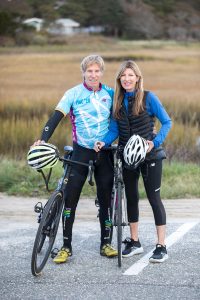 In the last two years alone, despite the COVID-19 pandemic, the PMC raised $114 million, including a record-breaking $64 million in 2021, bringing its contributions since 1980 to $831 million. If all goes as planned this summer, that number could surpass $900 million.

And all because a young man with a love for the outdoors and adventure found a career.

Raised in Newton, Billy Starr went to college in Colorado and spent as much time rock climbing and backpacking as he did studying. After graduating, he bounced around jobs in journalism, public relations and coaching. A few years after his mother died, when he was 25, he led a 400-mile group hike along the Appalachian Trail. The experience helped him realize that making a commitment mentally, as well as physically, was an important catalyst to achieving a goal.

“The feeling you get when you’re connected to a common cause, it’s almost spiritual and definitely inspiring,” said Billy.

Soon after, he organized the bike ride across the state, and the PMC was born. He has been an active rider ever since and personally has raised more than $2.5 million.

“I worked out of my father’s house,” Billy said of the early years. “I had no idea how to run a business. I didn’t take a paycheck for a year and half. I didn’t have a social life. I was broke.”

“Oh, yeah, he was a hot prospect,” Meredith interjected, with a laugh.

“But I was passionate,” Billy added. “I wanted to build an event with mass participation and do something good that makes a positive impact.” 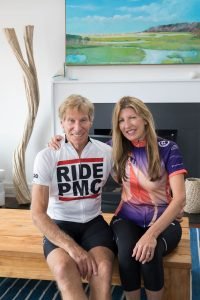 The PMC achieves its extraordinary charitable giving through aggressive fundraising. Every rider commits to a minimum donation—guaranteed with a credit card—ranging from $1,000 to $6,000, depending on the route they ride.

“You agree five times in the registration process that you understand,” said Billy. “If you sign up today and cancel tomorrow, you’re still accountable and you still owe me. I’m totally unapologetic about this.”

For 16 consecutive years, the PMC has donated 100 percent of every rider-raised dollar directly to cancer research and care. The operational costs of the event are covered primarily through corporate sponsorships and registration fees.

Meredith Beaton was introduced to the PMC when she volunteered in 1989 and later met Billy through a mutual friend. A trained and practicing occupational therapist, she was part of a group providing massages to cyclists. Soon after, her roles expanded and now she coordinates special events and works year-round with sponsors, donors, riders and volunteers to enhance their relationship with the PMC.

Photo credit: John DeputyMeredith and Billy were married in Chatham in 1991. They have two daughters and split their time between the Cape and Wellesley.

“It’s a privilege to spend time at the Jimmy Fund,” said Meredith, who has ridden twice but is more comfortable behind the scenes. “Meeting the families and children at the clinic, you learn just how important this has been to helping the treatment and survival of cancer patients.”

Meredith is also deeply committed to her Chatham roots. The Starrs’ spacious home was built in 2009 on the same lot where her family’s summer cottage had been, and her parents still have a house close by.

Meredith has been actively involved with Harwich-based WE CAN—Women’s Empowerment through Cape Area Networking—an organization helping women improve their lives through mentoring and education. She has chaired an event that raised more than $200,000 to increase awareness of year-round life on Cape Cod.

“We want to be involved and give back to a wonderful community,” said Meredith. “Chatham has been an important part of our lives. There is a real pull to be here.”

Billy, an acknowledged “mountain man more than an ocean guy,” has come to appreciate the salt air and sand dunes. 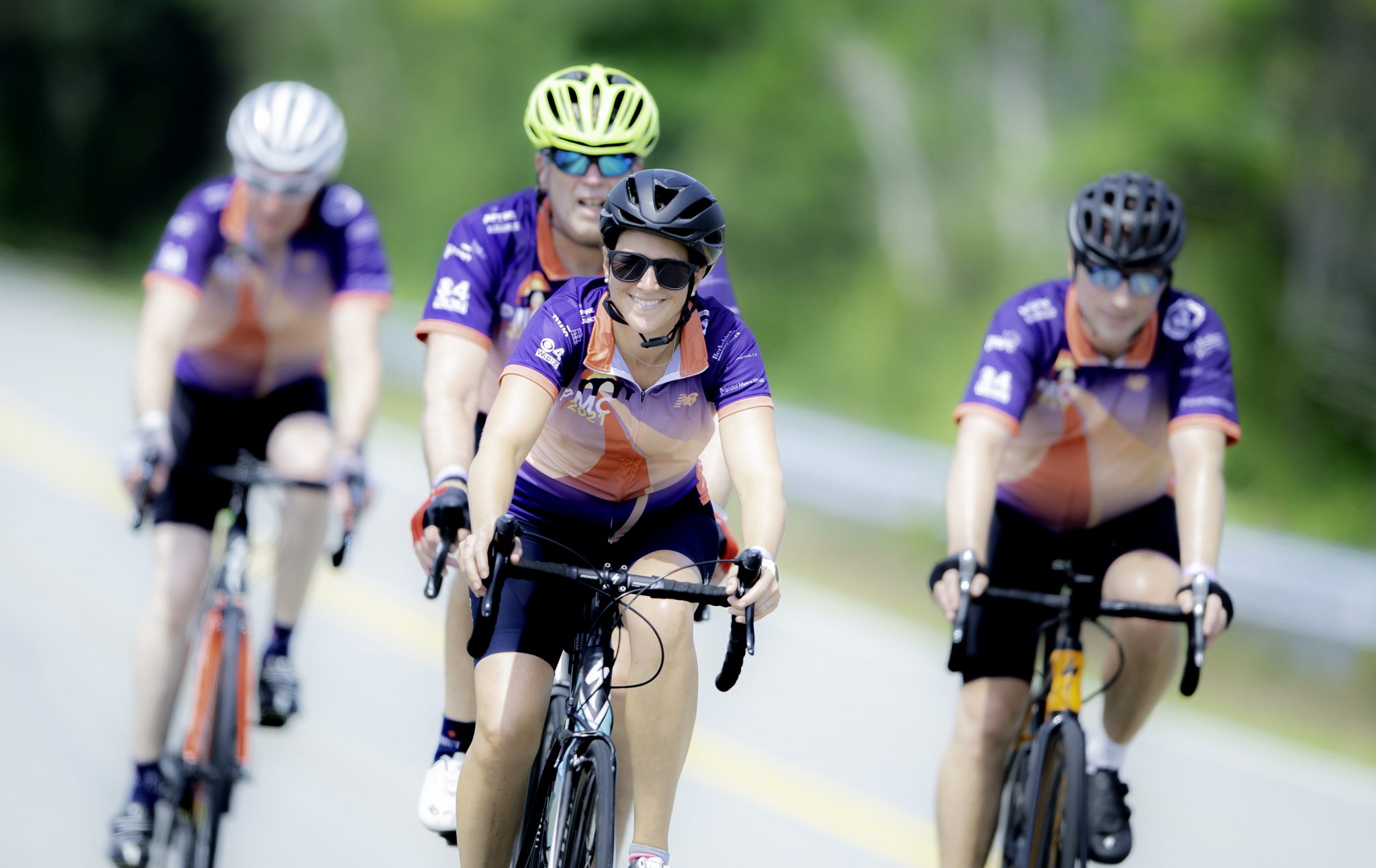 “I was a White Mountains kid, but I’ve grown to really enjoy the Cape,” he said. “I’ve become a serious raker for quahogs. I like being in the water. It’s relaxing, almost a Zen kind of thing, the repetitive motion of digging.”

The Pan-Mass Challenge, however, is never far from his thoughts, even if he‘s on a so-called vacation.

“I only need a couple of days to recharge,” he said. “I enjoy walking the National Seashore or reading a book, but I’m always mentally engaged and thinking about the ride and what we can do to improve the experience.”

The PMC is managed by a professional team of 12, supported by a 14-person volunteer head staff, a 12-person board of directors and an 11-person advisory board. Succession planning is important, Billy said, but even at 71 years old he isn’t ready to park his bike anytime soon.

“I’m still pretty fit, and biking is a big part of my life. There will come a time for me to slow down, but there’s no question of this going forward. There’s too much at stake.

“People have often asked me how I want to be remembered or what my legacy will be. I always wanted to make a difference and achieve my potential. The PMC is my opportunity, but I’m not there yet. I’m still striving for that.” 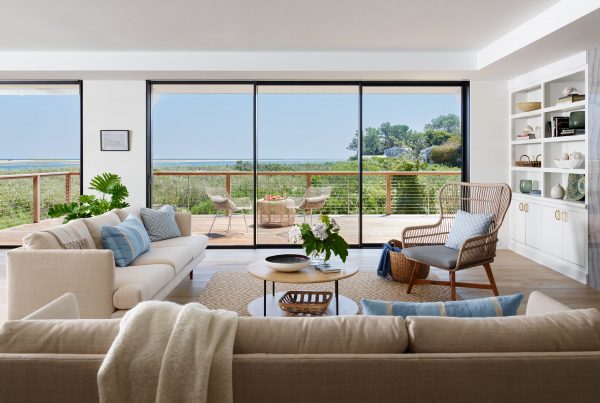