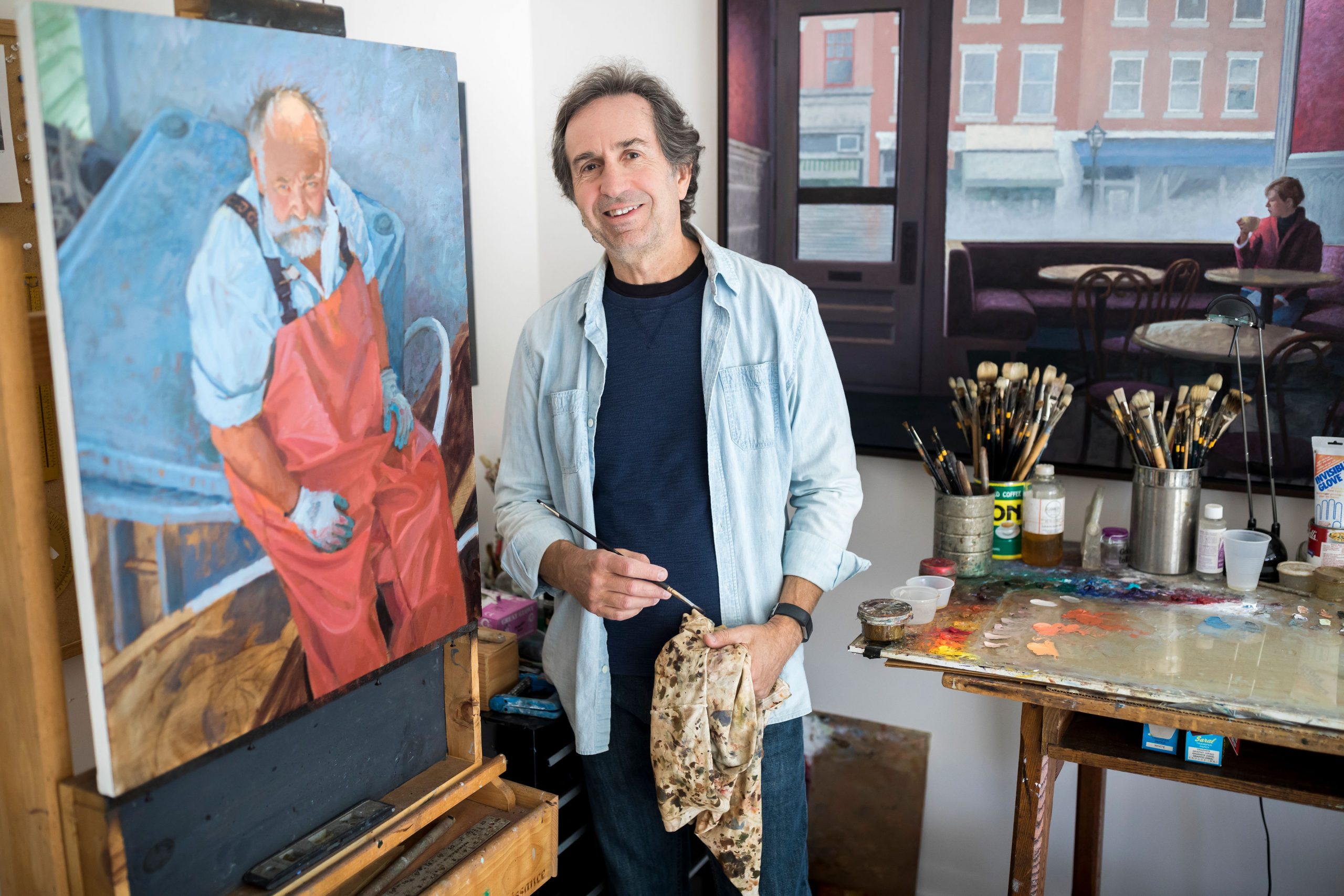 Drawn to the Fish Pier

Twenty years ago, when artist and illustrator Paul Schulenburg brought out his oil paints after not touching them for years, he found himself at the Chatham Fish Pier, searching for inspiration. “It was an overcast spring day, one of those gloomy Cape Cod days that is beautiful in its own right,” says Schulenburg. “But after a day of gray skies and gray houses, I found myself on the observation deck excited by the architecture of the fishing boats and the fishermen’s colorful gear.” Schulenburg, whose family regularly vacationed on the Cape throughout his childhood in upstate New York, had enjoyed being a tourist at the fish pier throughout the years, but now found it becoming part of his outdoor office. “I did a couple of paintings of the fishermen because it was fun for me, but then they really took off,” he says. “I think that people expected images of stereotypical weathered old men sitting on piers, smoking pipes, so it really struck them to see that a lot of fishermen are young guys. They can look kind of handsome, you know, working in the sun in their [Grundens] with no shirt on. Obviously, people find that appealing,” says Schulenburg, with a laugh.

To create these evocative and popular paintings, Schulenburg spends hours at the pier taking thousands of photos. “I use two or three different cameras and try to get as much information as I can to work from later on,” he says. The fishermen don’t seem to notice him much, he adds, as they are accustomed to people watching them work from the observation deck. “They are down there moving around their boats, shoveling ice, off-loading fish. They have a lot going on,” he says. “I can spend a whole day down there at the pier and get nothing useful; then, suddenly, something cool will happen and I get a whole bunch of interesting images.” Back at his art studio in Eastham, he will often rearrange the elements that appear in his photos, eliminating people or changing the color of a shirt. “The compositions intrigue me,” he says, “and they become almost like an abstract painting.” 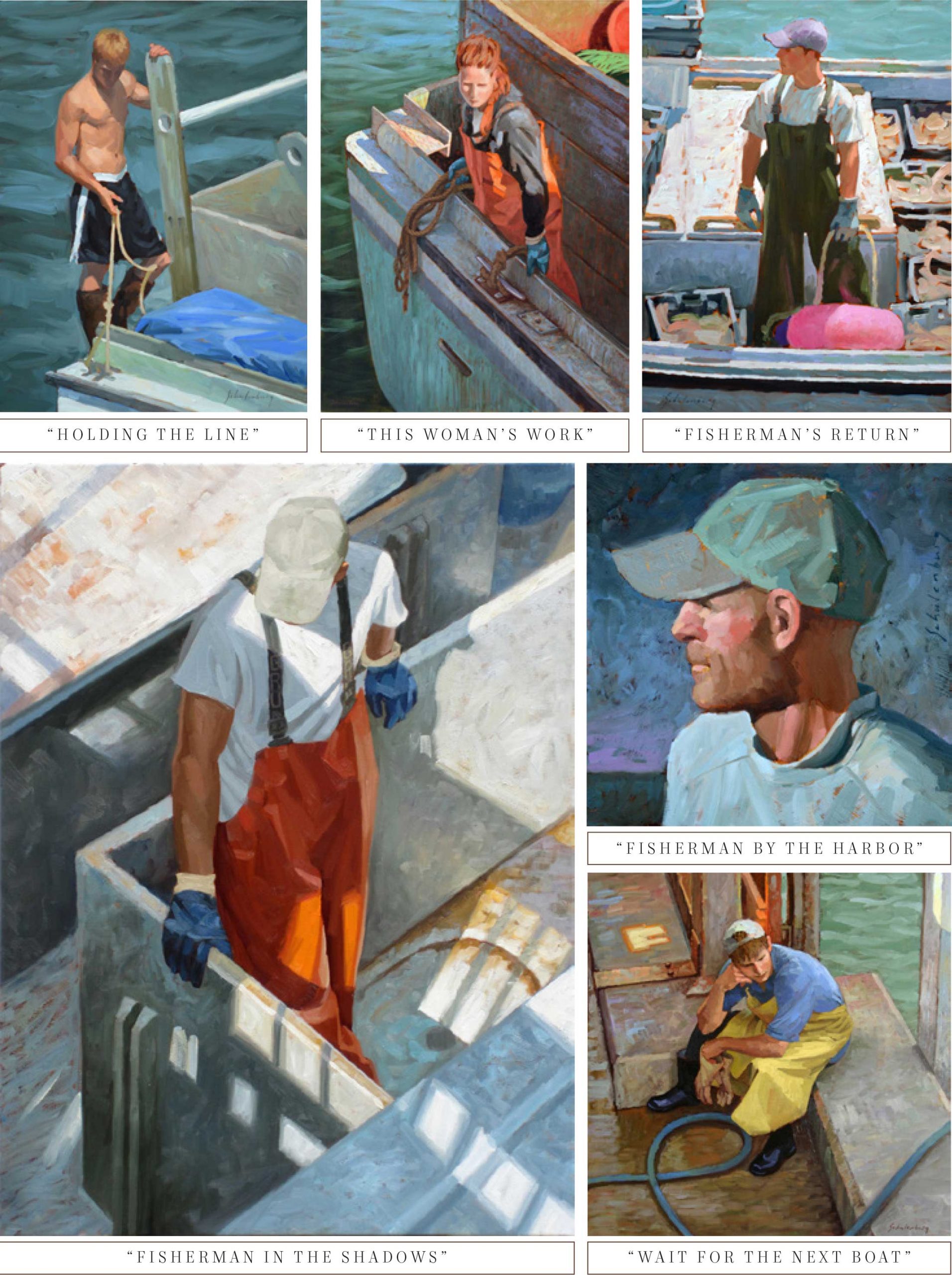 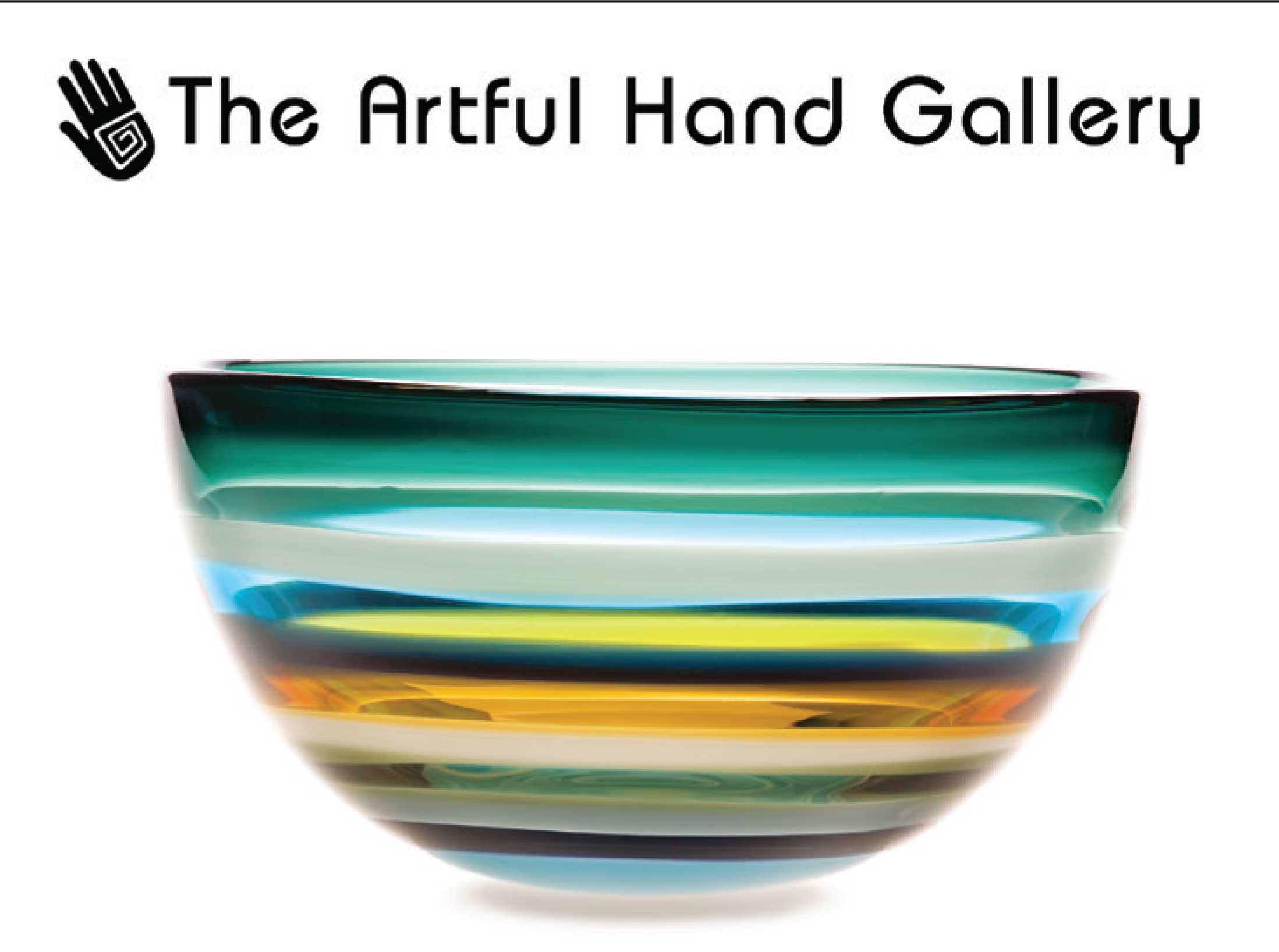 Schulenburg also paints landscapes of his favorite vistas and other scenes from Cape Cod life, but his fishermen works have proven to be especially sought-after, perhaps because he has captured an iconic profession in a bold and truthful way. Stephanie Sykes, a commercial fisherman, has been one of Schulenburg’s regular subjects and is impressed with the way he captured her working world. “It’s such an accurate representation of fishing,” she says. “He shares real insight into the industry, a unique perspective most people don’t get to see, all in an exquisite painting. I think a lot of people are drawn to a romanticized idea of a Cape Cod working waterfront,” she continues, “but Paul’s paintings are very authentic, wonderful snapshots of what it’s really like to be a fisherman in Chatham.” Helen Addison, curator and founder of the Addison Art Gallery in Orleans, which represents Schulenburg, knew as soon as she first saw his work that they would find homes with her collectors. “His ability to capture moments—at a cafe, on a boat or in a home—resonates with people,” says Addison. “The market had a strong and immediate positive reaction to his painterly way of portraying people and our environments.”“That first year my artwork was at the gallery, I stopped advertising myself as an illustrator and concentrated on painting, and I’ve been doing it ever since,” says Schulenburg, who studied fine arts at Boston University. He says he always considered himself a painter first, despite years of doing paste-up and illustration, mainly in Boston.

Through the years of observing and painting Chatham’s fishermen, Schulenburg says he has often thought about the contrast between their way of making a living and his own. “I’m usually relaxed, painting near the beach or in a quiet, safe studio. These folks are out risking their lives and facing the elements.” Yet at the same time, he recognizes that both endeavors represent age-old professions. “Oil painting is a very old-fashioned approach to art,” he says.Just as fishermen are always struggling against outside forces like quotas, depleted stocks and tough markets, he too has to struggle to keep going. “The world has different interests now than oil paintings, but fortunately there are still people who enjoy and collect our work and keep us afloat,” he says, smiling. “No pun intended. 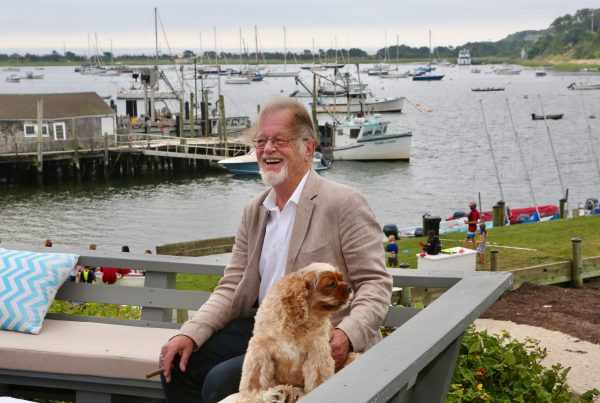 Bernard Cornwell: At Home in Chatham