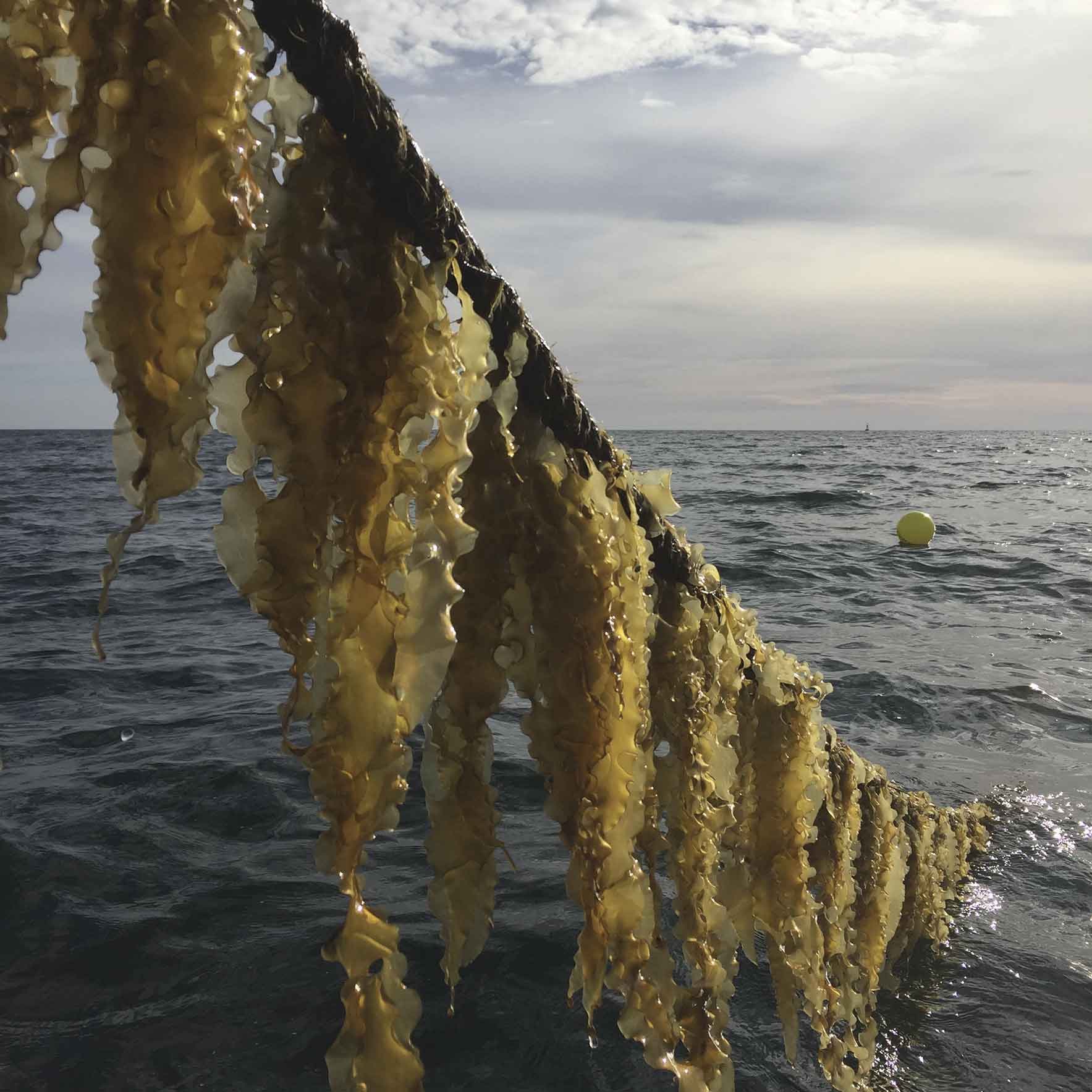 The founders of Chatham Kelp are at the forefront of a new industry.

Three years ago, if you had told the three founders of Chatham Kelp—all of whom are longtime shellfishermen—they’d one day operate the largest kelp-focused farm in Massachusetts, they might not have believed you.

Founders Jamie Bassett, Carl Douglass and Richard Curtiss admit, at the time, they hadn’t given seaweed a second thought—as a crop or otherwise. But the fishing industry, amidst increased regulations and decreasing stocks, was changing, and the trio wanted to find another revenue stream to offset the slow winter months.

Originally, they looked into starting an oyster farm, but no grants were available in town. That’s when Carl did some research, and found GreenWave, a Connecticut-based nonprofit dedicated to training and supporting ocean farmers. “They are kind of an incubator for kelp,” he explains.

Already widely cultivated and consumed in Asia, kelp is a superfood, high in fiber and rich in vitamins and nutrients. It is also an ingredient in many everyday products, from toothpaste and shampoo to pharmaceuticals, according to NOAA, and has shown promise as a biofuel.

“We chose that area because it’s [better] protected from northeast winds,” says Jamie. It’s also dredged by the U.S. Army Corp of Engineers, leaving it devoid of eelgrass, a condition of their permit approval. If there is any eel grass anywhere near where we wanted to grow,” says Jamie, “it was a no go.”

Sugar kelp is native to the northeast Atlantic, and thrives in cold, swift-moving water. Its long golden brown strands, which bear a striking resemblance to lasagna noodles, can grow up to 15 feet in length. Sugar kelp is a sustainable, low-impact crop that requires no fertilizer, land use or freshwater resources to produce. And because it is a winter crop, it doesn’t interfere with commercial or recreational boating activities, making it ideal for Chatham’s shores.

Between December and May, Jamie, Richard and Carl made frequent boating trips to check on the new kelp farm. “The division of marine fisheries charged us with monitoring the kelp at least every two weeks. And we monitored it every week, weather dependent,” Jamie says. And, once a month, members of GreenWave would join them to provide additional support and onsite training.

The forward-thinking kelp farmers also invited chefs out onto the boat to visit the farm. “We like to take the chefs out on the boat, have them clip it off the line and cook it,” Richard says. “Then get to feel a part of it,” Carl adds. 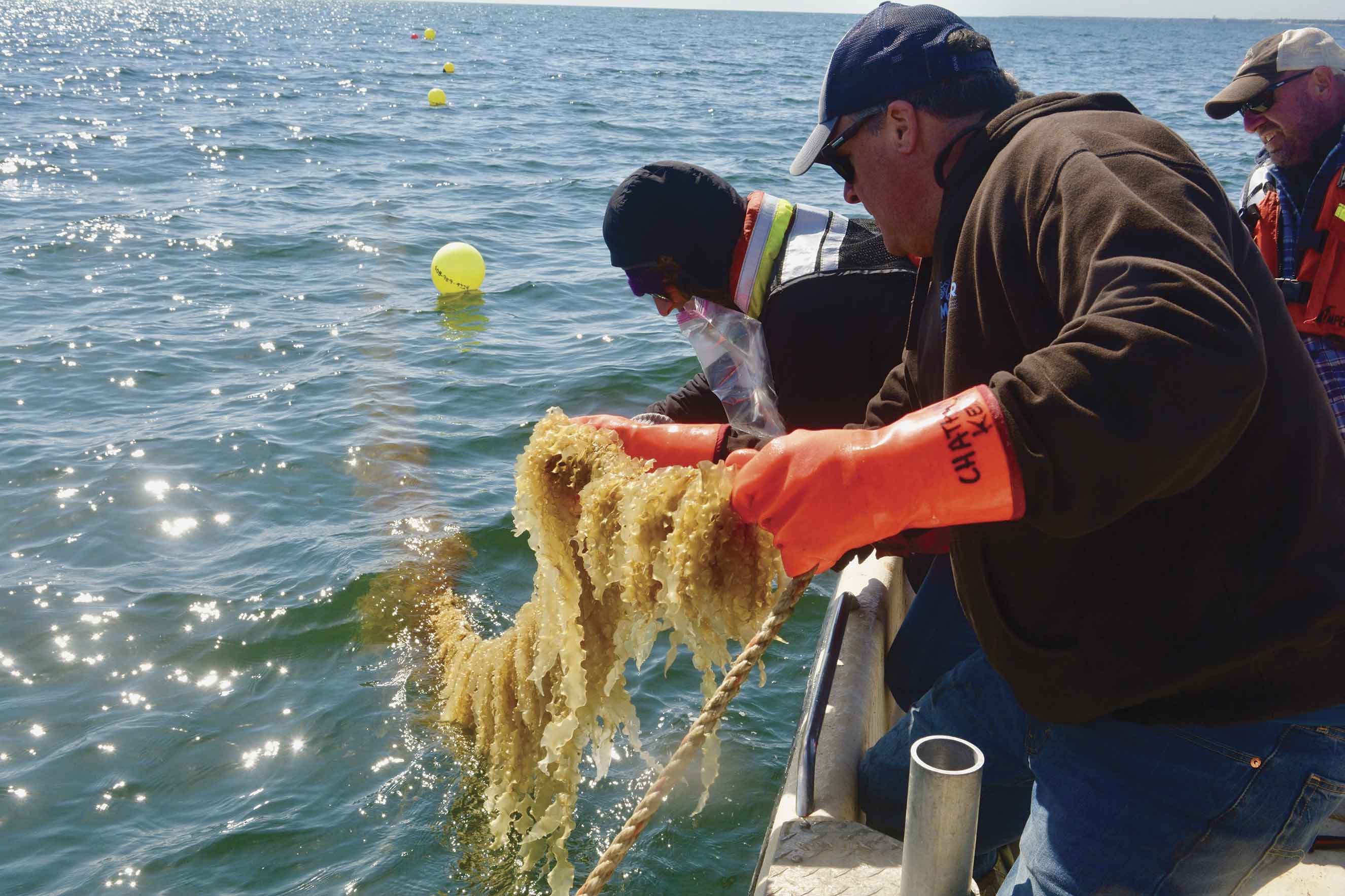 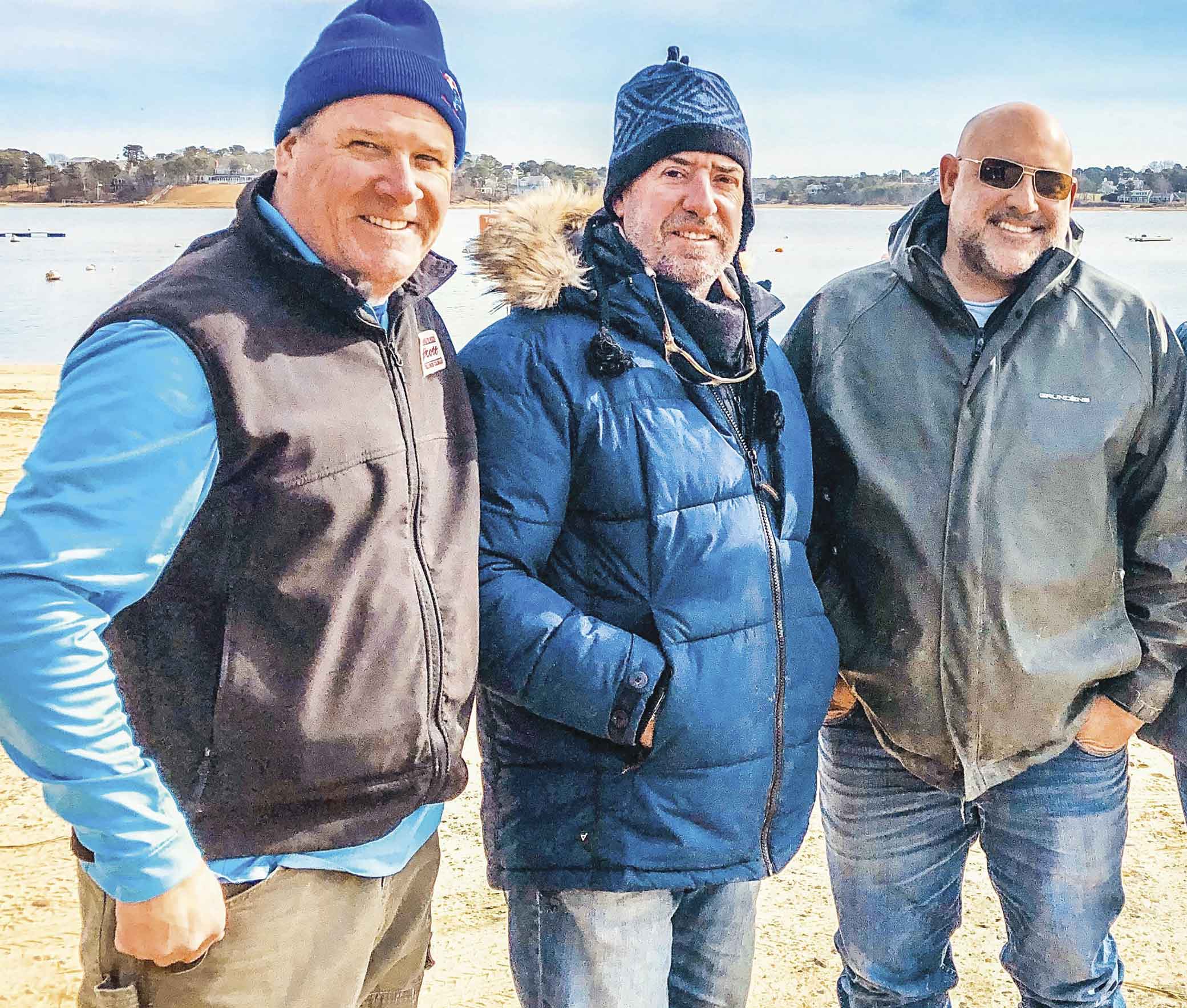 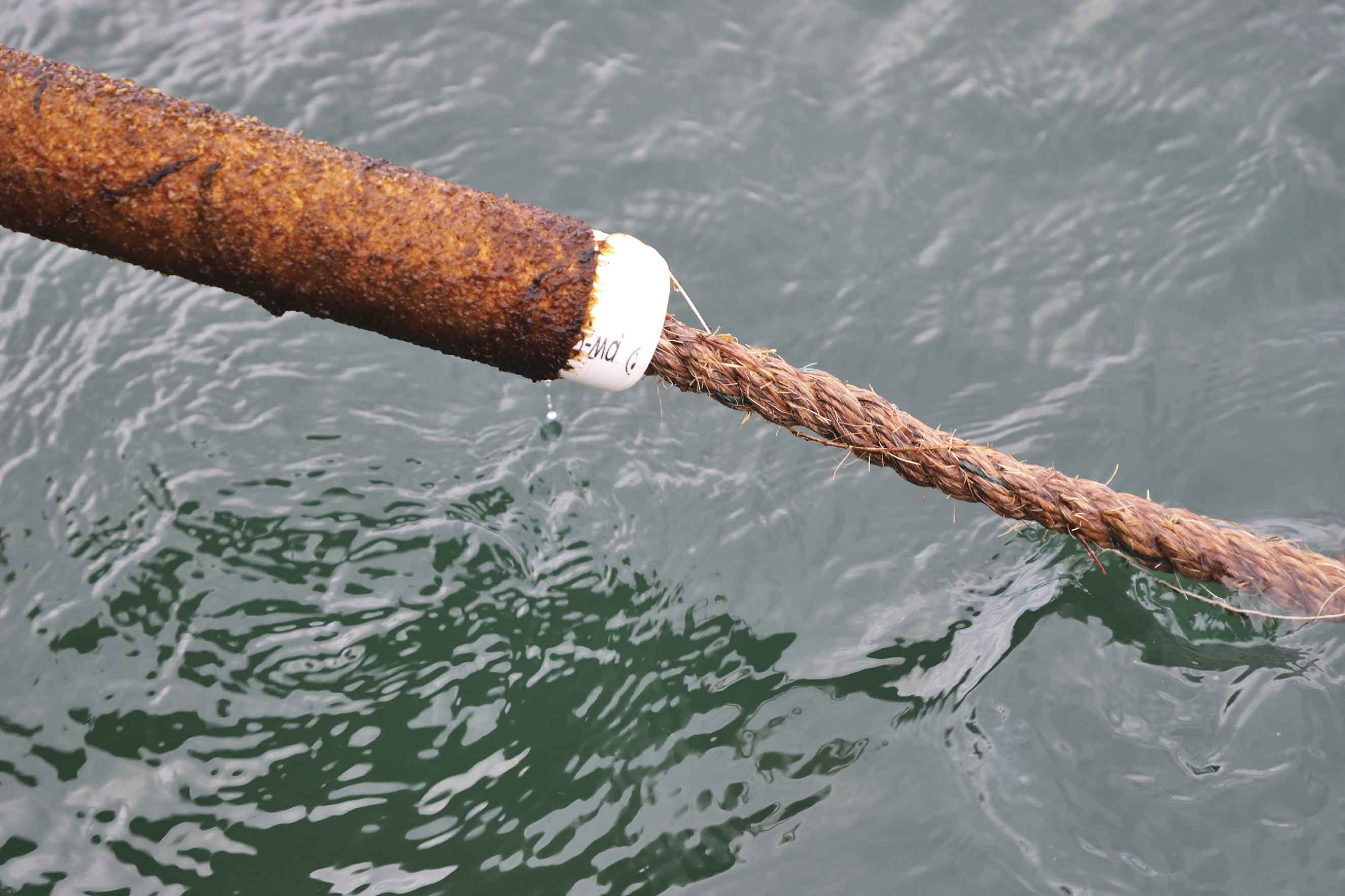 Chef Anthony Cole, executive chef at Chatham Bars Inn, was one of the first chefs to sample the very first harvest. “It was great. I got to go check out the farm,” says Cole, who is always on the hunt for fresh, local and sustainable ingredients to serve restaurant guests. Surprisingly unsalty, sugar kelp has a very subtle flavor and a bit of a crunch to it when eaten raw, Chef Cole explains. And when boiled for 2.5 to 3 minutes, it goes from a dull brown to a vibrant green. “It still has a bite [to it], he says, “but isn’t chewy.” Because sugar kelp doesn’t have a ton of flavor, “It’s all about the texture and nutritional value,” says Chef Cole, and what you marinate and season it with to accent its natural flavor profile.

This summer, if you were lucky enough to attend one of the Chatham Bars Inn farm-to-table dinner events or dined at The Veranda you might’ve spotted sugar kelp on the menu; a refreshing tuna crudo with cucumber, sugar kelp and miso-chili vinaigrette was featured on the Veranda’s lunch menu in June.

Sugar kelp from Chatham Kelp also has been featured in dishes prepared by Chef Michael D. Ceraldi, chef-owner of Ceraldi, a seasonal, waterfront restaurant in Wellfleet that creates seven-course prix fixe dinners using local ingredients. “I saw them on Instagram,” says Chef Ceraldi, about discovering Chatham Kelp. “Our restaurant is based on what’s locally done. So when I find a new product that happens to be local I get very excited,” he says.

He has since used sugar kelp in a variety of ways. He’s pureed it and added it to pasta to create a kelp pasta with seafood; made a kelp salad with red onion, scallions and sesame oil; crafted crackers from dried kelp and served with tuna tartare; and, for a dinner he cooked for the James Beard Foundation in New York City in May, he shredded sugar kelp, put it into a dehydrator and created a kelp nori that he used as a garnish for a well-received ceviche salad. 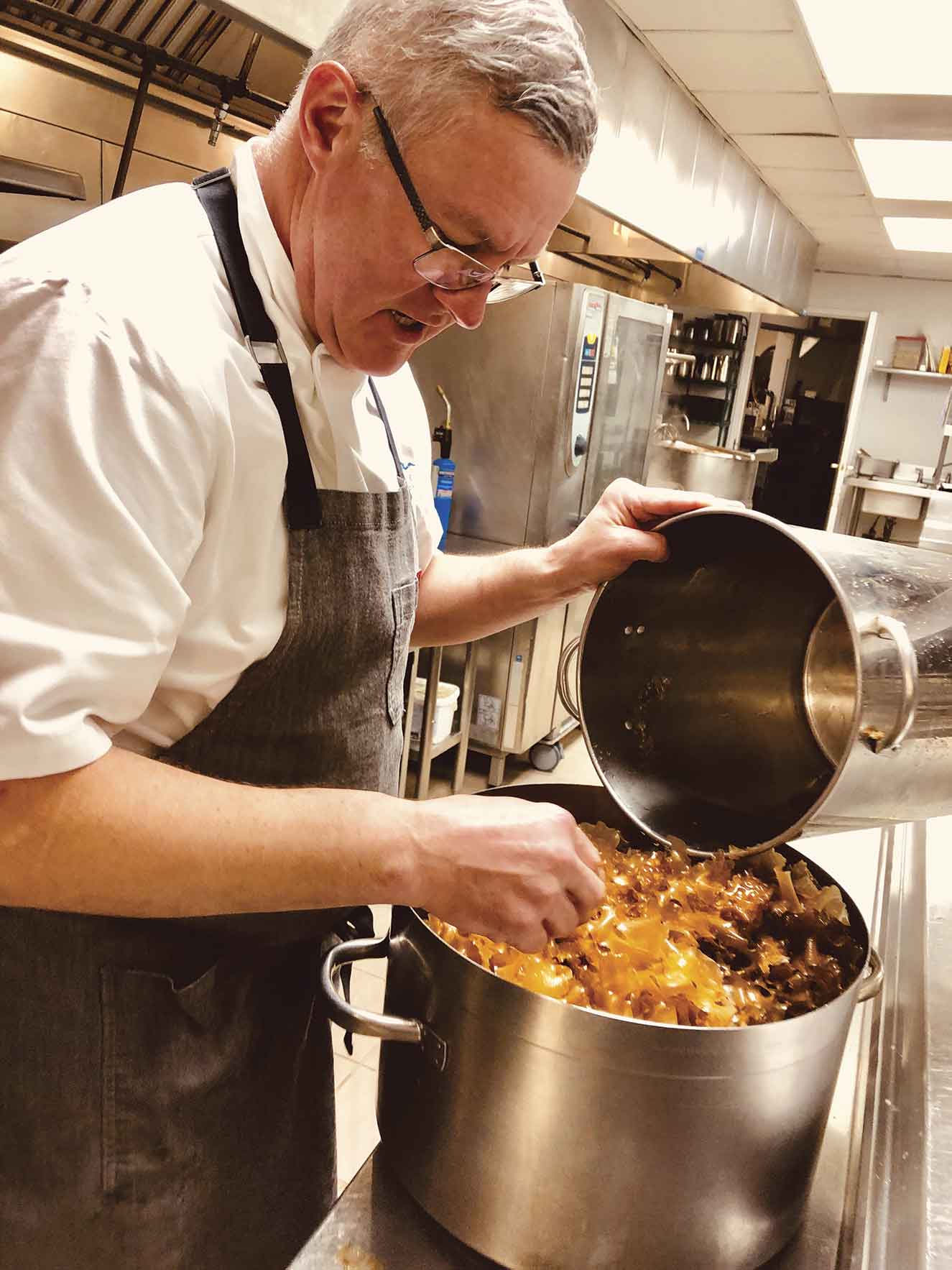 At top: This summer, Chef Anthony Cole incorporated sugar kelp into a variety of dishes at Chatham Bars Inn.
Above: D. Ceraldi created a scallop ceviche with Chatham Kelp for the James Beard Foundation in New York City in May.

For those who’d prefer to drink their sugar kelp, you might soon have the opportunity. Rob Brosofsky of Shoal Hope Ciderworks, whose locally made hard ciders can be found across Massachusetts and on tap at Cape Cod Beer in Hyannis, is working with Chatham Kelp to create a hard cider with kelp. Based on a beer-making technique called “dry hopping,” Brosofsky dehydrates the kelp and adds it to the base brew once the fermentation process is complete to infuse with flavor. The kelp brew, says Brosofsky, “has a subtle, briny, beachy kind of aroma and flavor. It’s light. And to me, it’s just like being at the beach. I could taste it. I could smell it.”

In its first season, Chatham Kelp produced 500 pounds of sugar kelp. Next year the three founders would like to at least double production, and have been given the means to do so with a permit that allows for up to 350 lines in the water. “We are excited about [the future],” says Jamie, who, with his co-founders, hopes to one day open a processing facility and expand the business to give other local shellfisherman who are in the same boat as them an opportunity to keep working in the slow winter months. 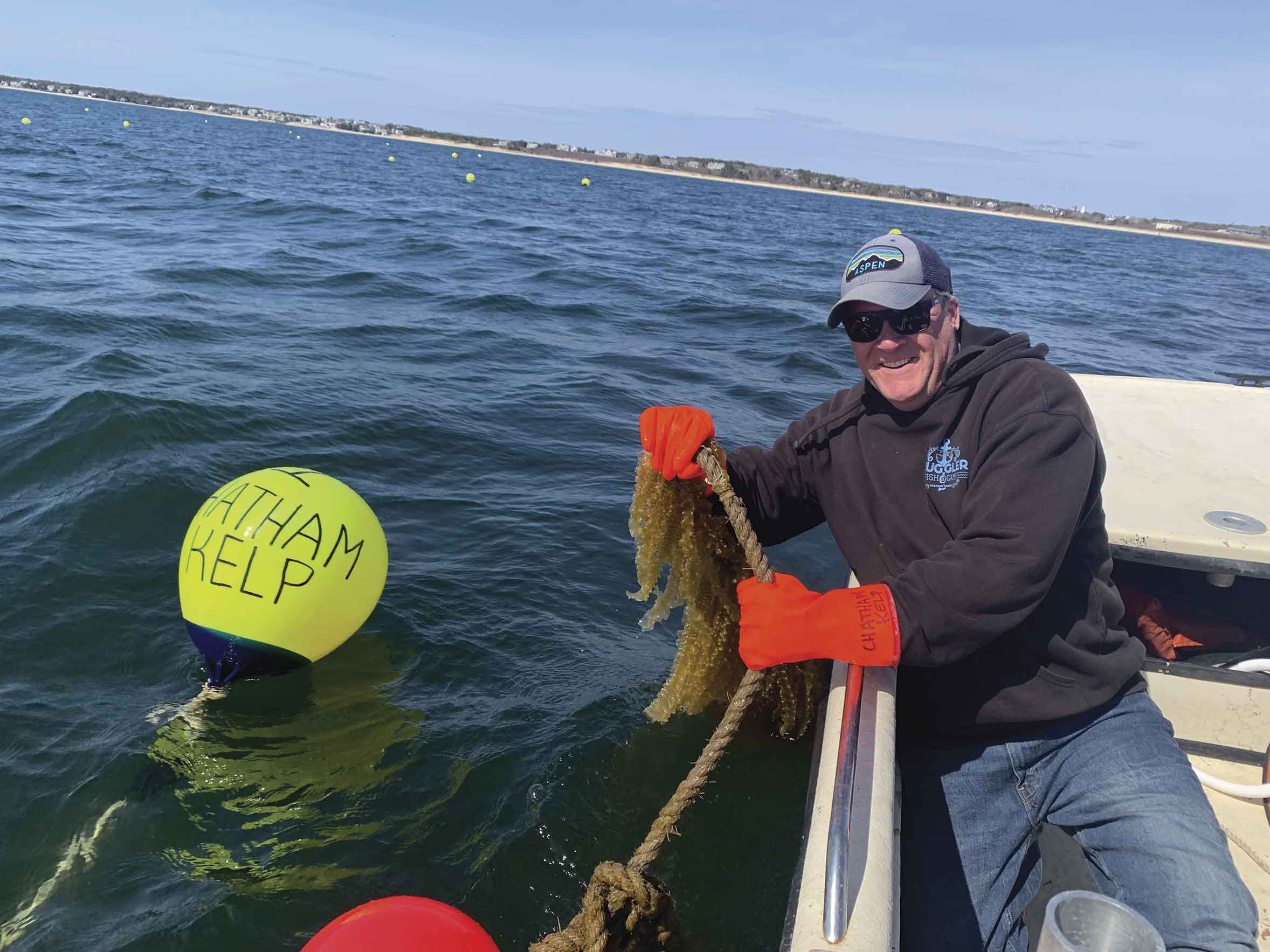 Curtiss checks the weekly growth of the kelp. 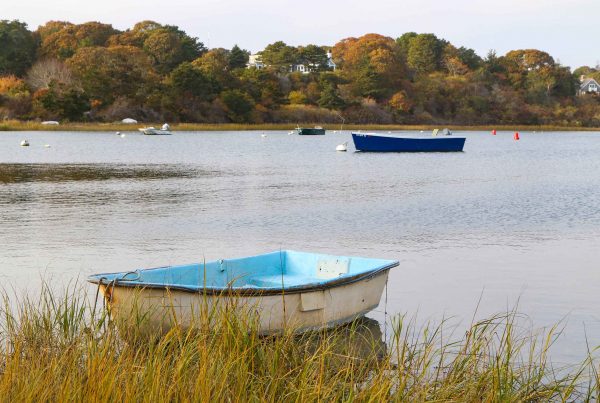