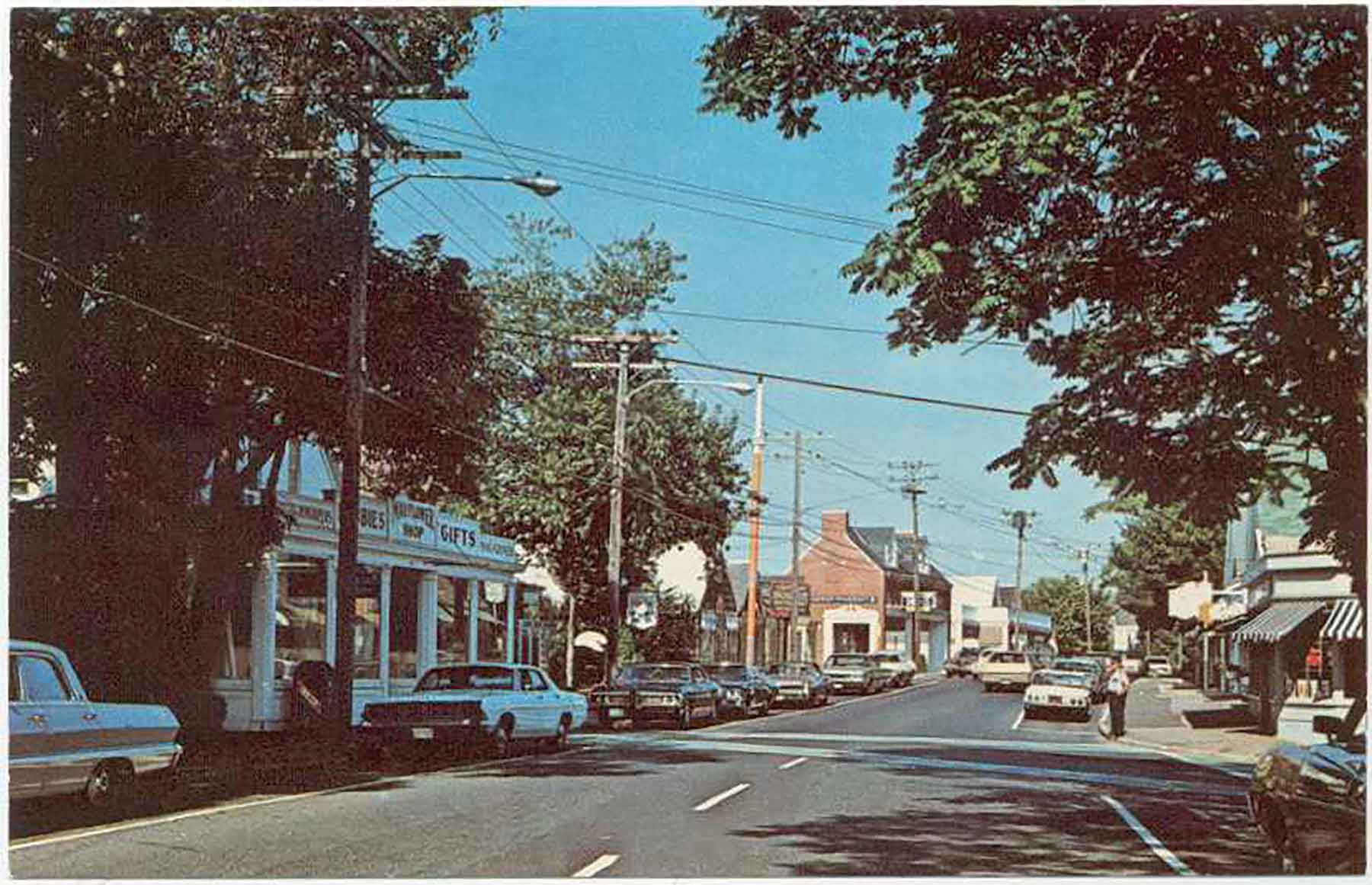 A Stroll Through Main Street History

Take a trip back in time with Chatham Jewelers, Chatham Candy Manor and Chatham Children’s Shop. 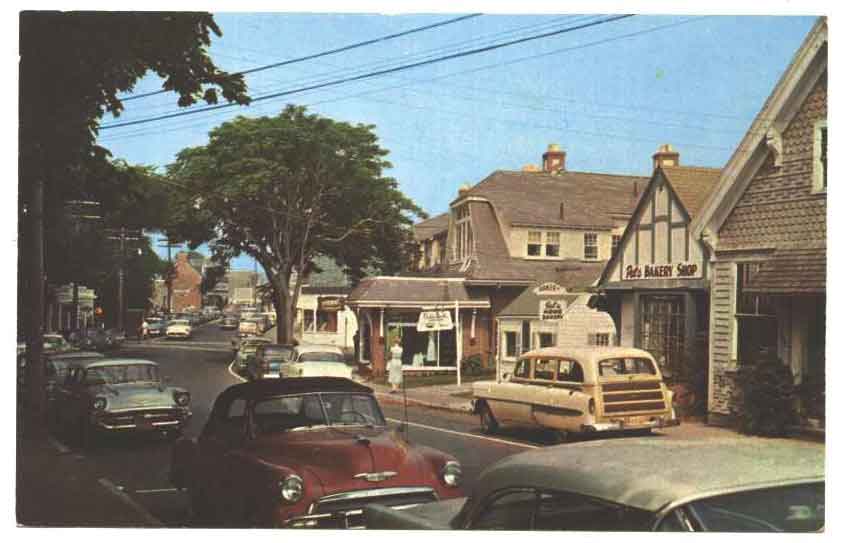 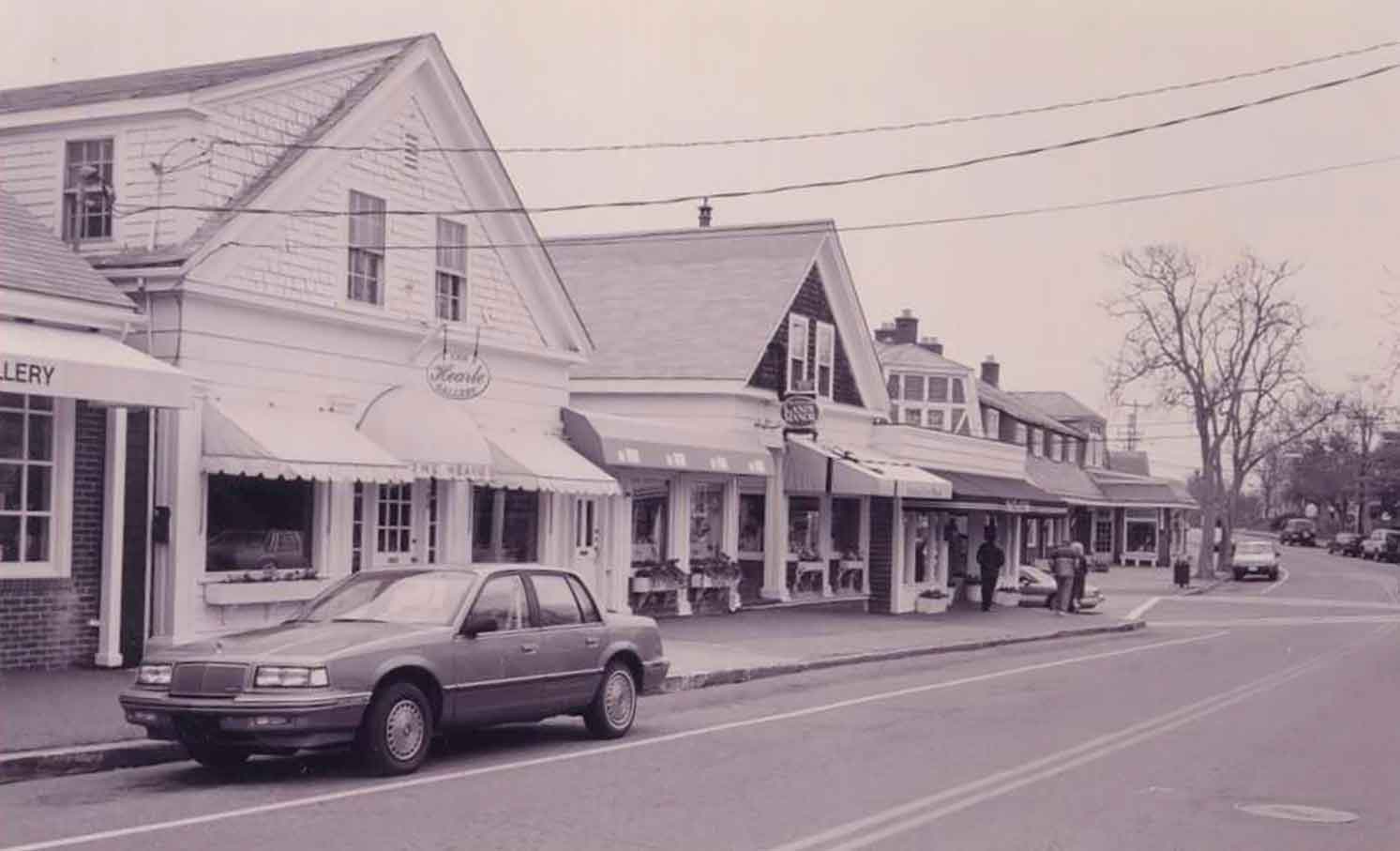 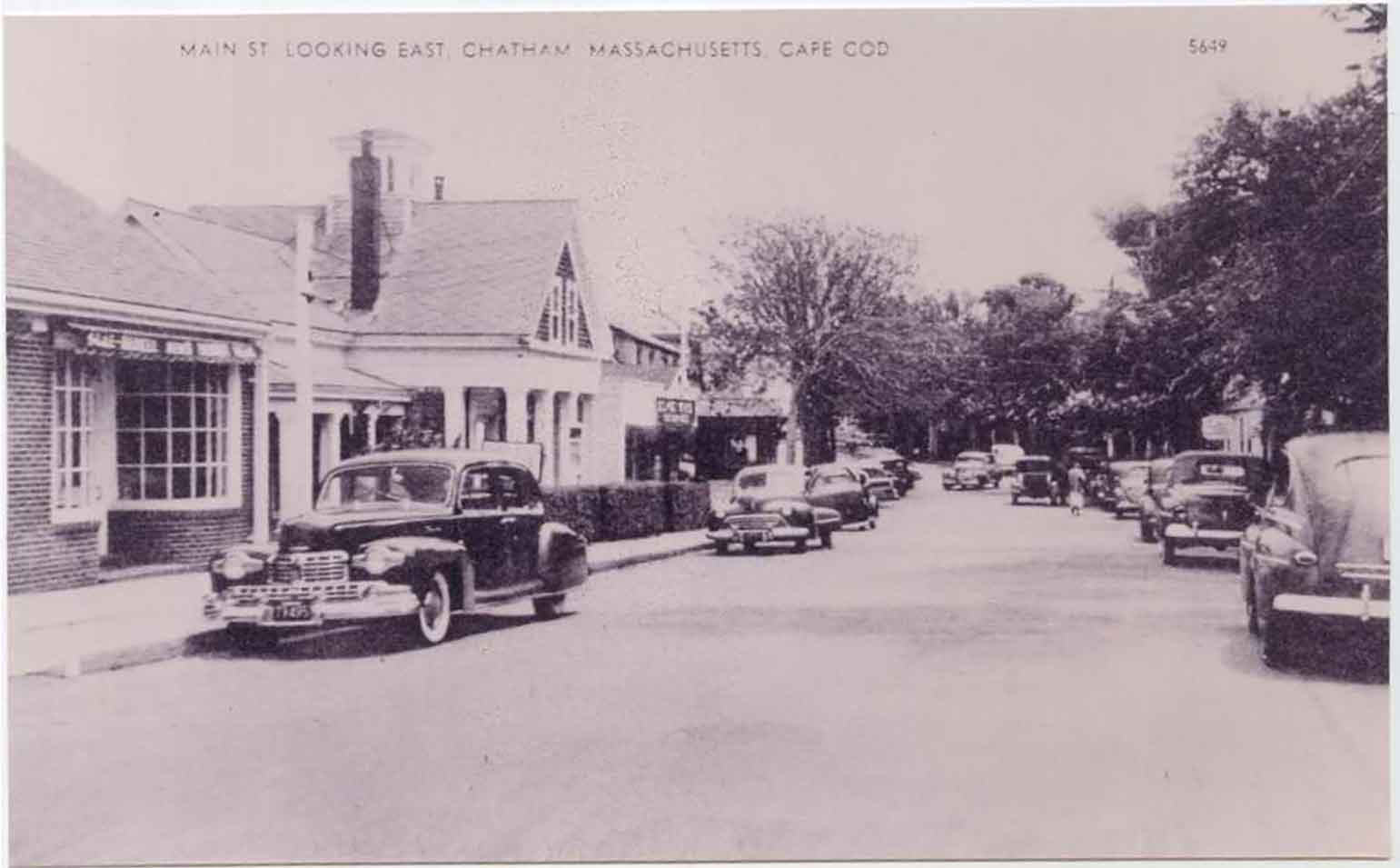 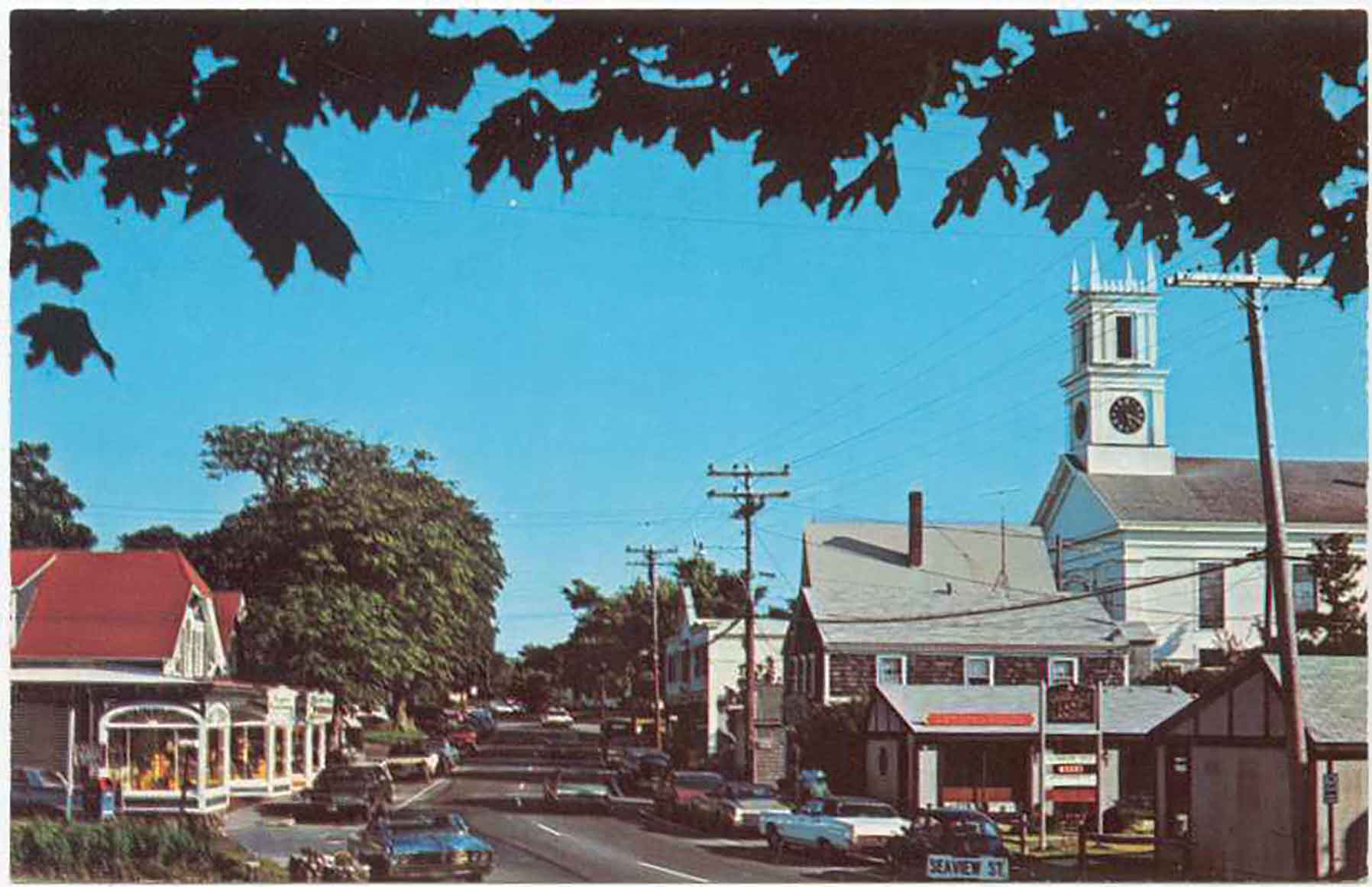 It the time of its incorporation in 1712, when Chatham was a small farming community, there was no main street but rather a town center, defined by the location of its church and meeting house near Great Hill and Old Queen Anne Road. By the early 19th century, when the key industries were fishing and shipping, the center of town was situated near the lighthouse in what is now called the Old Village. With the introduction of the railroad and then the automobile, the center of town shifted to the stretch of Main Street between the rotary and Shore Road—where it is located today.

While much has changed on Chatham’s Main Street over the centuries, much has been preserved, like the bandstand and restored Orpheum Theater. There is still a small-town feeling and it is home to many long-time businesses, including Chatham Jewelers, Chatham Candy Manor and Chatham Children’s Shop—mostly led by women entrepreneurs. On the following pages, take a stroll down main street and learn about their rich history through the eyes of the founders themselves, their children and grandchildren.

The evolution of Main Streets on Cape Cod is the subject of “Main Street Cape Cod” at the Atwood House & Museum opening May 24—scheduled to be on display for two years. The show is based on a major collaboration of the Chatham Historical Society and many other museums and historic societies across the Cape. For more information, visit chathamhistoricalsociety.org

Pota Lewis Meier juggled responsibilities of motherhood and a

full-time partnership in a growing business. 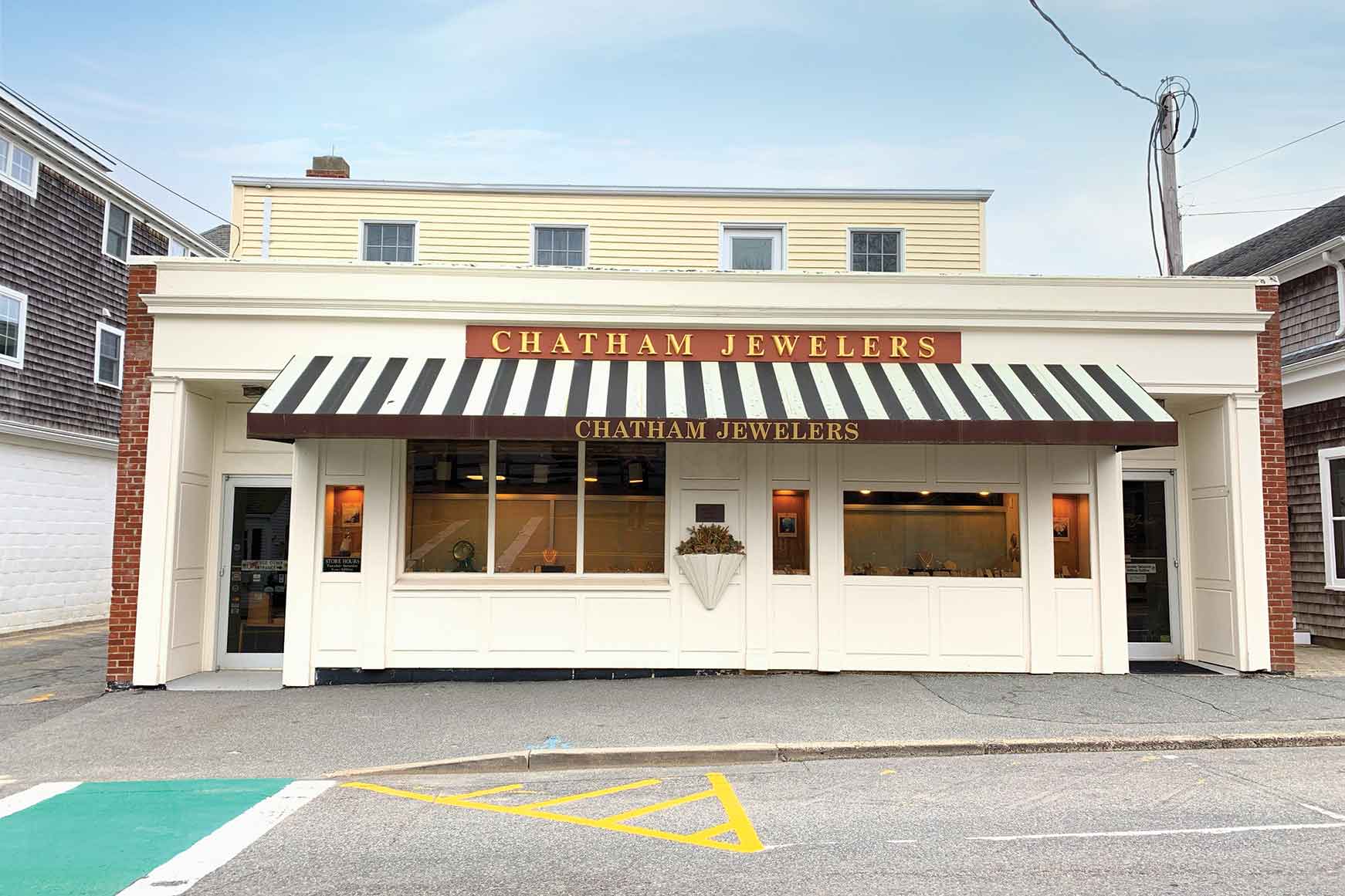 Walter Meier’s pale blue eyes lit up when asked to describe Pota Lewis Meier, his late wife and partner in Chatham Jewelers. “She was always smiling and laughing, warm and wonderful with people, and loved talking to them,” says Meier, 94, who still lives in Chatham and works at the store five days a week.

The couple met in New York City in the late 1940s. Lewis, a recent graduate of Radcliffe College, was working as a personal assistant for a concert violinist; Walter, a native of Zurich, was employed by a Swiss import and export firm. A friend arranged a blind date, and after a few visits to Lewis’ family home on the Cape, they were married within a year. Meier’s connections with the watch industry in Switzerland inspired the couple to open a jewelry store on Main Street. Her father had an option on a vacant lot adjacent to his shop, The Epicure, which sold wine, liquor and groceries.

The couple worked fast to complete their plans. In 1951—two weeks before Christmas—they opened their new store in a building constructed at 532 Main St. Chatham Jewelers was the only full-service jewelry store in town selling watches and fine jewelry to engagement rings and sterling silver flatware. For the first few years, the Meiers occupied a second-floor apartment where they raised their three children, Kathy, Walter and Martha.

From the beginning, Pota Meier was the face of Chatham Jewelers. She worked at the front of the house, while her husband worked in the back. Her granddaughter Emily Hamilton, who is the third generation to work in the family business and is currently studying to be a certified gemologist, remembers her grandmother as feisty, determined, quick witted and in love with corny jokes. She was always pushing herself and the staff to “sell, sell, sell.” During a recent visit, Emily pointed to the stool behind the counter facing the front door where her grandmother would greet customers with what her family called “the Pota Meier smile.” Today, Walter’s daughter, Kathy, and his son-in-law, Scott Hamilton, manage the store.

The family remembers Pota as a woman ahead of her time—juggling the responsibilities of motherhood and a full-time partnership in a growing business. Civic minded, she volunteered as a special-needs teacher at the Nauset Workshop and for the Chatham chapter of an international student exchange program. A regular on stage at the Chatham Drama Guild, she was also a longtime supporter of the Monomoy Theater and the Chatham Conservation Foundation. She even raised funds to restore Chatham’s town clock on the United Methodist Church.

Emily recalls that the Meiers were initially discouraged by many in town from opening their store. There were predictions of failure and the couple was sent “consolation” rather than “congratulation” bouquets of flowers on opening day. “But my grandmother wouldn’t listen to naysayers; she was determined to make it work,” says Emily. “And after 68 years—look, we’re still here!” 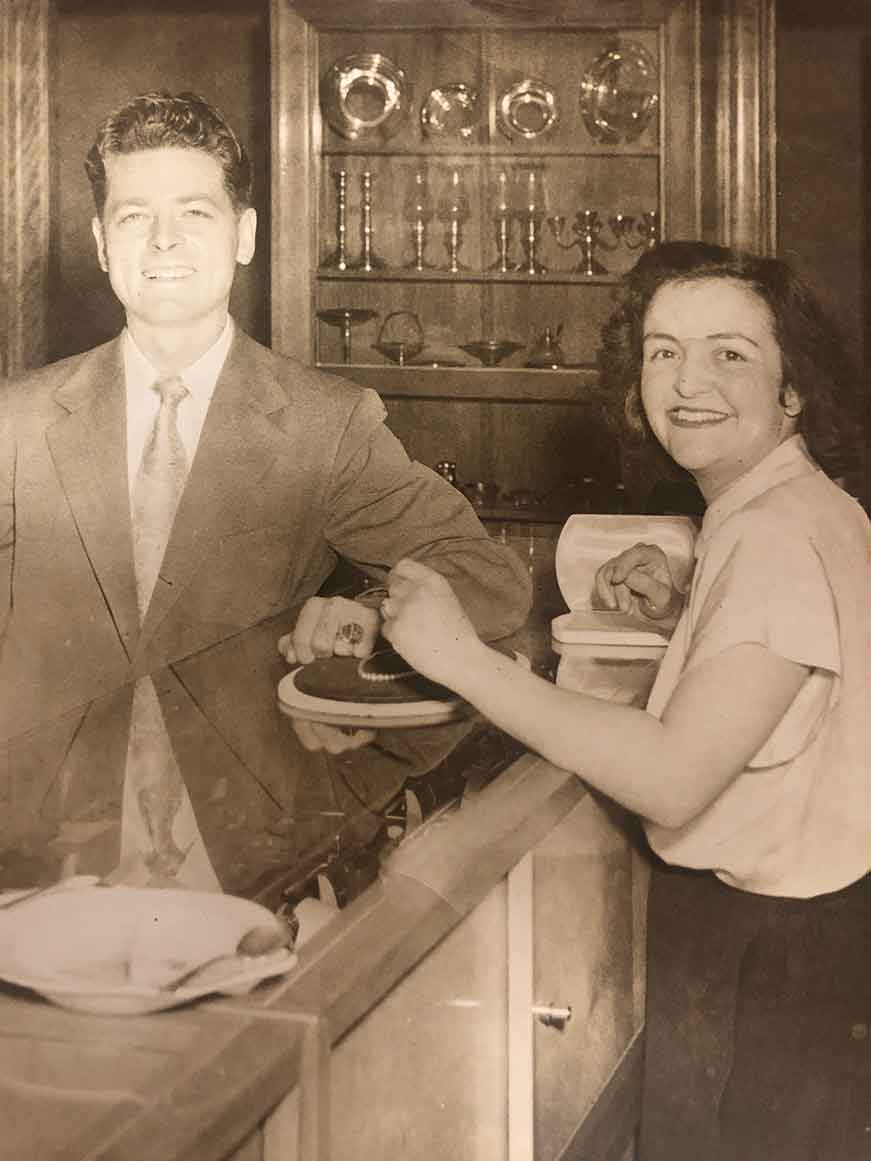 of wife, mother and entrepreneur. 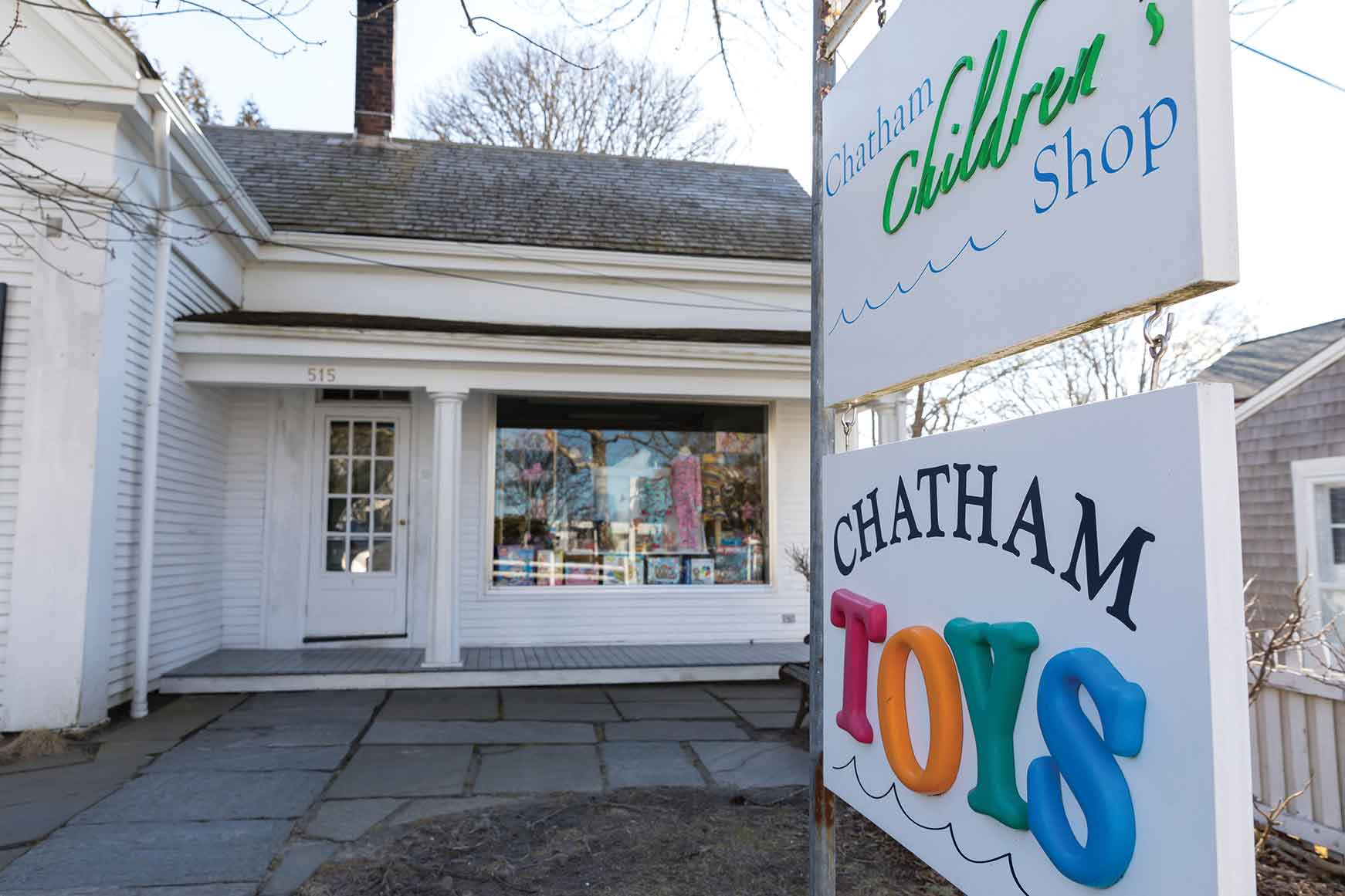 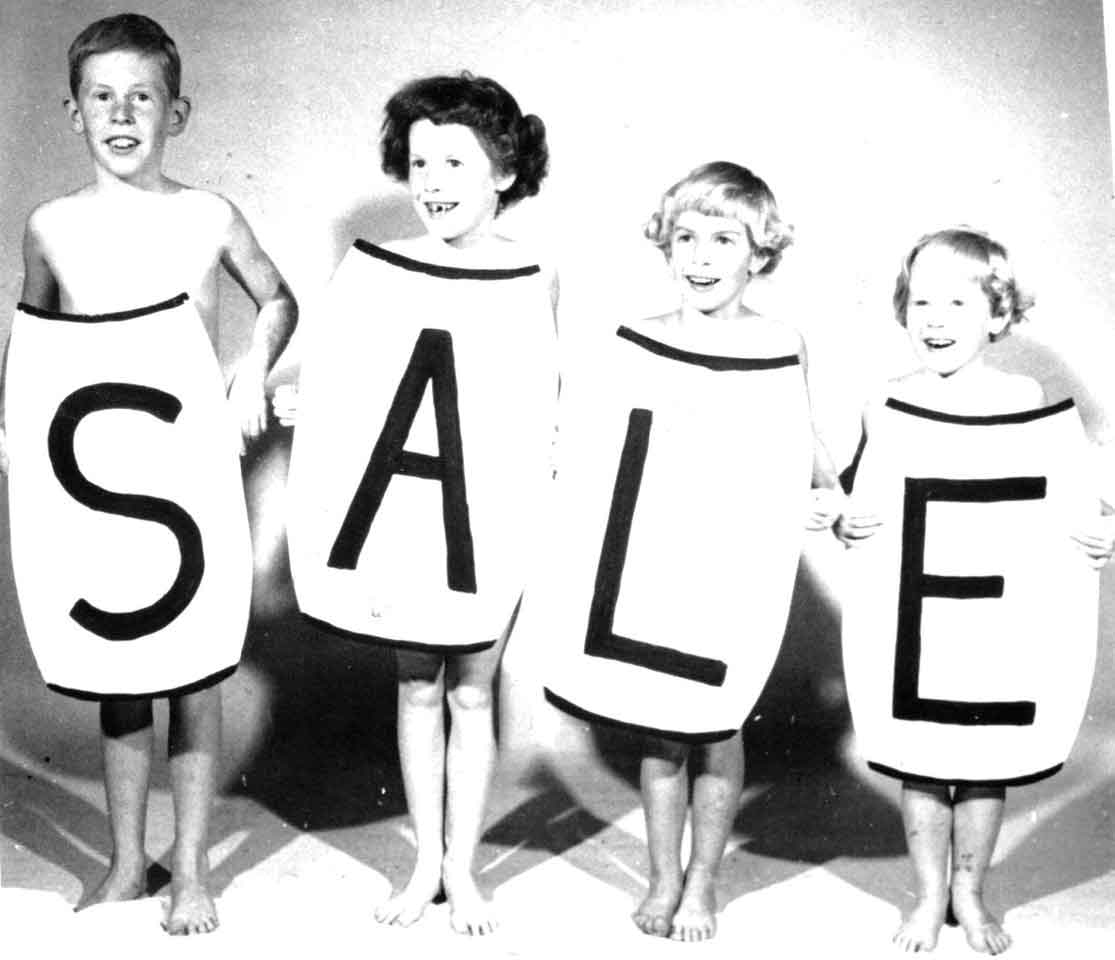 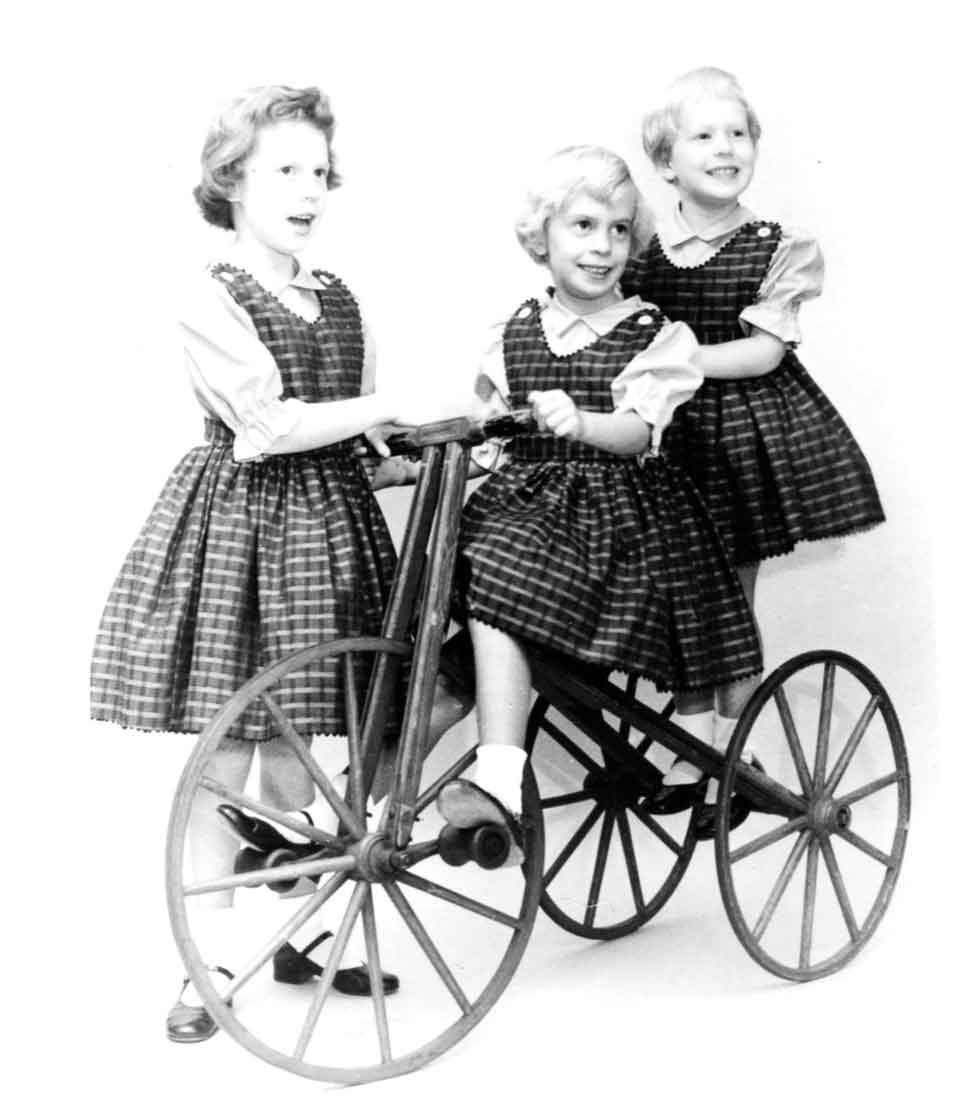 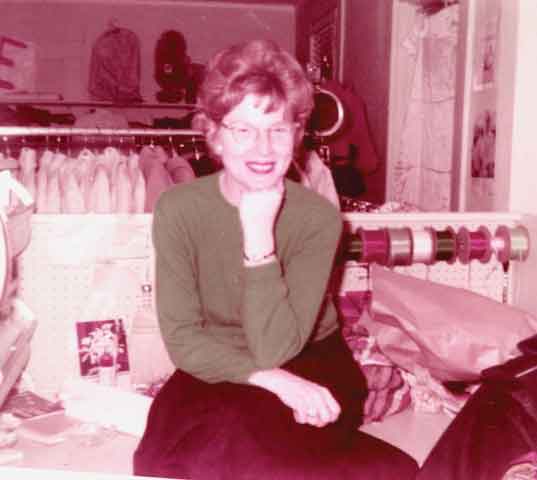 Jane Nickerson West, founder of Chatham Children’s Shop, combined the grace and charm of a Southern belle with the pragmatism and resourcefulness of a Cape Cod Yankee. A native of Memphis, Tennessee, she graduated with a degree in journalism and advertising from the University of Missouri. On the eve of starting a career in advertising in New York City, she accepted an offer of marriage from John Nickerson of Chatham.

The couple eventually settled on Main Street in a home built in 1849 by an ancestor of John Nickerson. Here, they raised four children—John, Rachel, Ginny, and Suzanna, born 18 months apart. Energetic and enterprising, Nickerson West helped her husband with various businesses, from a dry cleaning plant to his Chatham Liquor store. But since they had four children to outfit, Nickerson West started thinking about a more practical business. A move to North Chatham in 1955 allowed her to open Chatham Children’s Shop in the site of their former home on Main Street.

The store offered play and dressy clothes for boys and girls, from infants to pre-teens. On buying trips to Boston and New York City, Nickerson West acquired brands like Lanz of Salzburg, Adele Simpson, Florence Eiseman and Davidow. Her background in advertising and aptitude for merchandising helped propel the store to an early success. She believed in establishing a connection with her customers and was fond of featuring her four children as well as customers’ children in her print ads. The store was known for its window displays as well as its floats in Chatham’s Fourth of July parade. A memorable float included Nickerson West seated in a rocking chair as the Old Woman in the Shoe.

Nickerson West was a marketing innovator and one of the first to organize fashion shows for children at locations like the old Belmont Hotel, the Christopher Ryder House and Chatham Bars Inn. The shows were scripted and organized along themes of the Old West, British Isles and popular TV characters.

The success of the Children’s Shop can be credited to Nickerson West’s marketing and merchandising skills, but also to her outgoing personality and Southern charm. “She loved meeting people and would often call from the store asking us to straighten up the house because customers she had just met were coming over for cocktails,” says Ginny Nickerson, who purchased the shop from her mother in 1984. Her youngest daughter, Suzanna Nickerson adds, “Later in life, she told me how much she enjoyed going to work each day because she got to work with children. And I remember her excitement over each baby brought into the store.”

Between 1955 and 2006, when Ginny Nickerson sold the Children’s Shop, the store had outfitted five generations of children. Nickerson West seamlessly combined the roles of wife, mother and entrepreneur, defying the stereotypes of her time. During a time when women’s roles were relegated to inside the home, “People are always saying that women in the 1950s stayed home and were [stifled] by their husbands and society in general,” says daughter Rachel Nickerson. “Of course, they did not know our Mom!”

A local landmark on Main Street for more than 60 years. 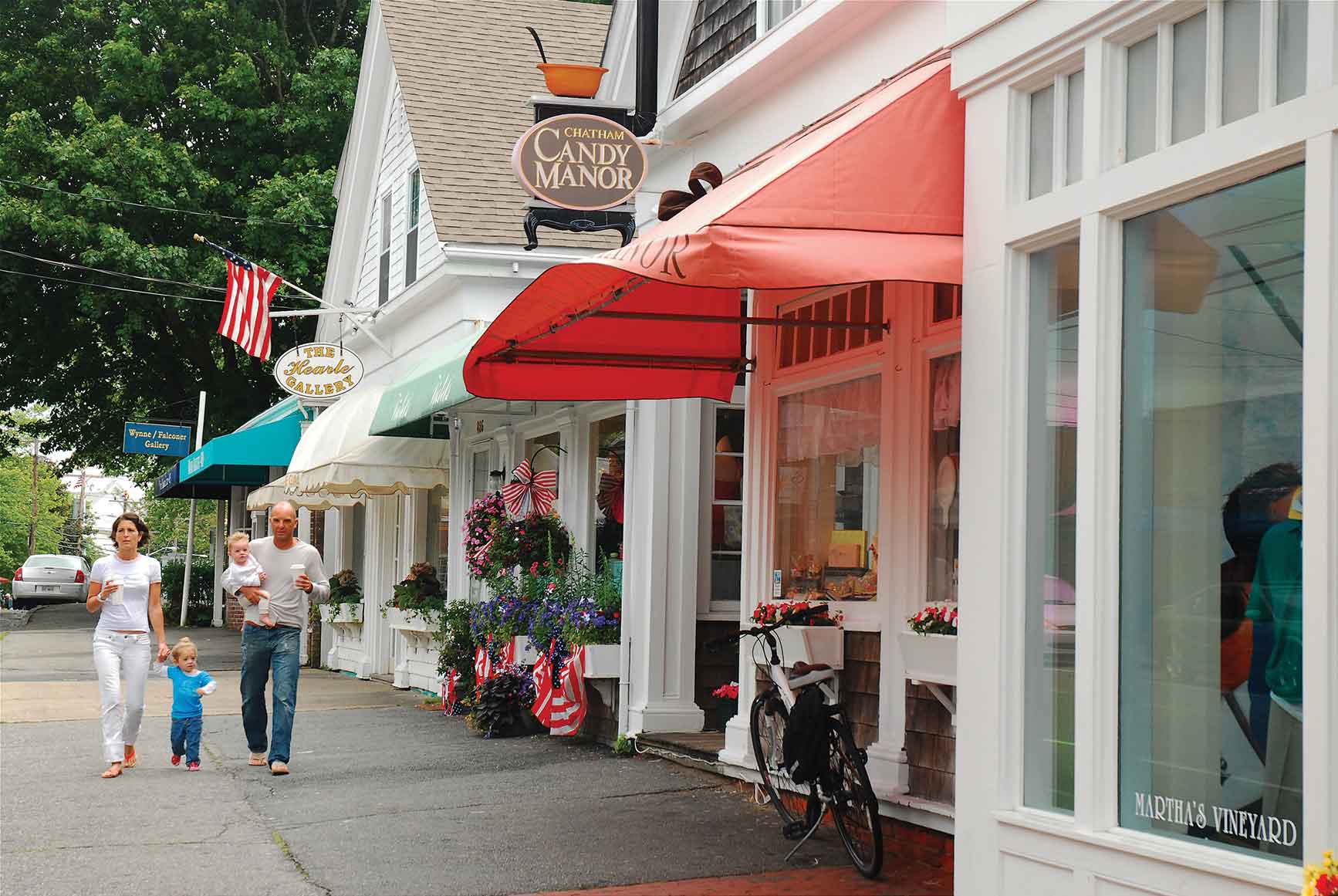 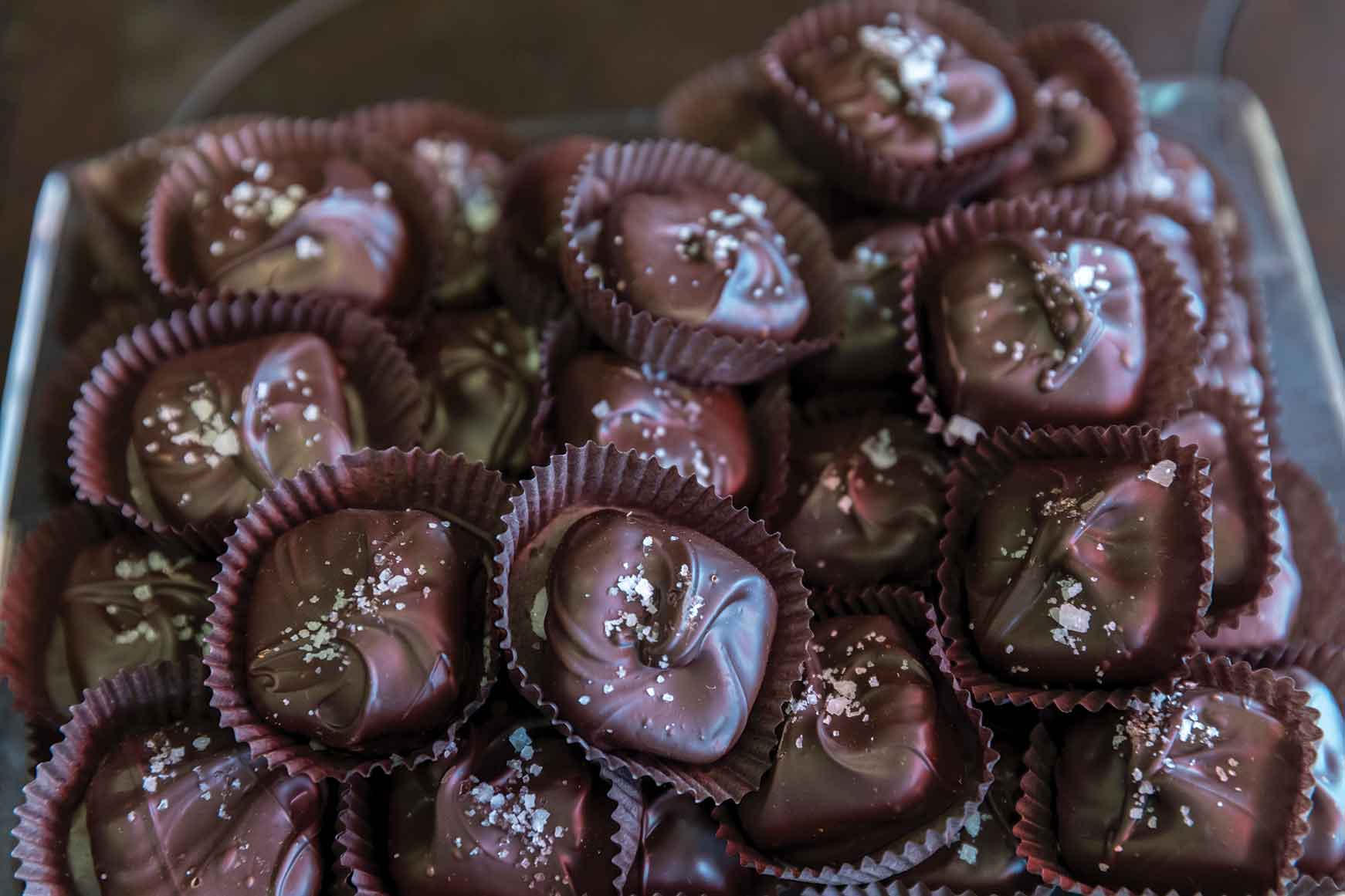 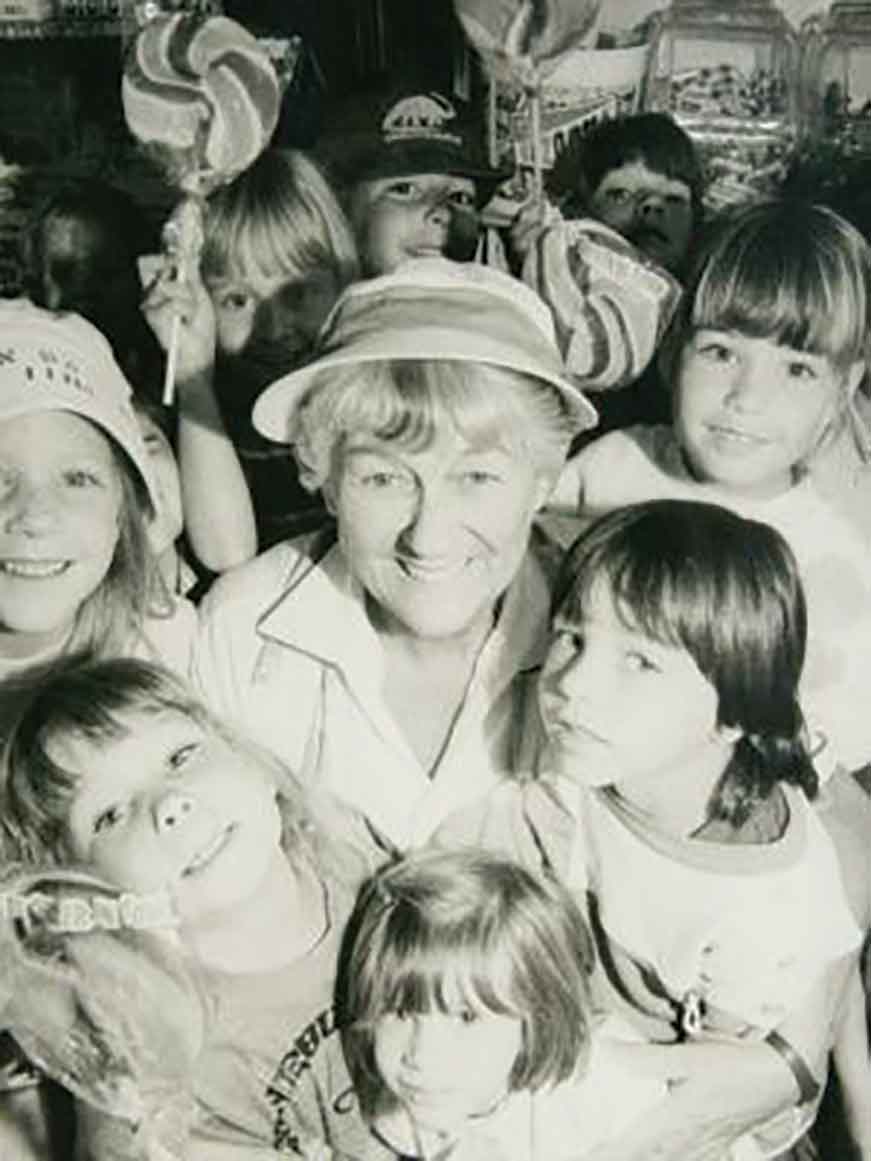 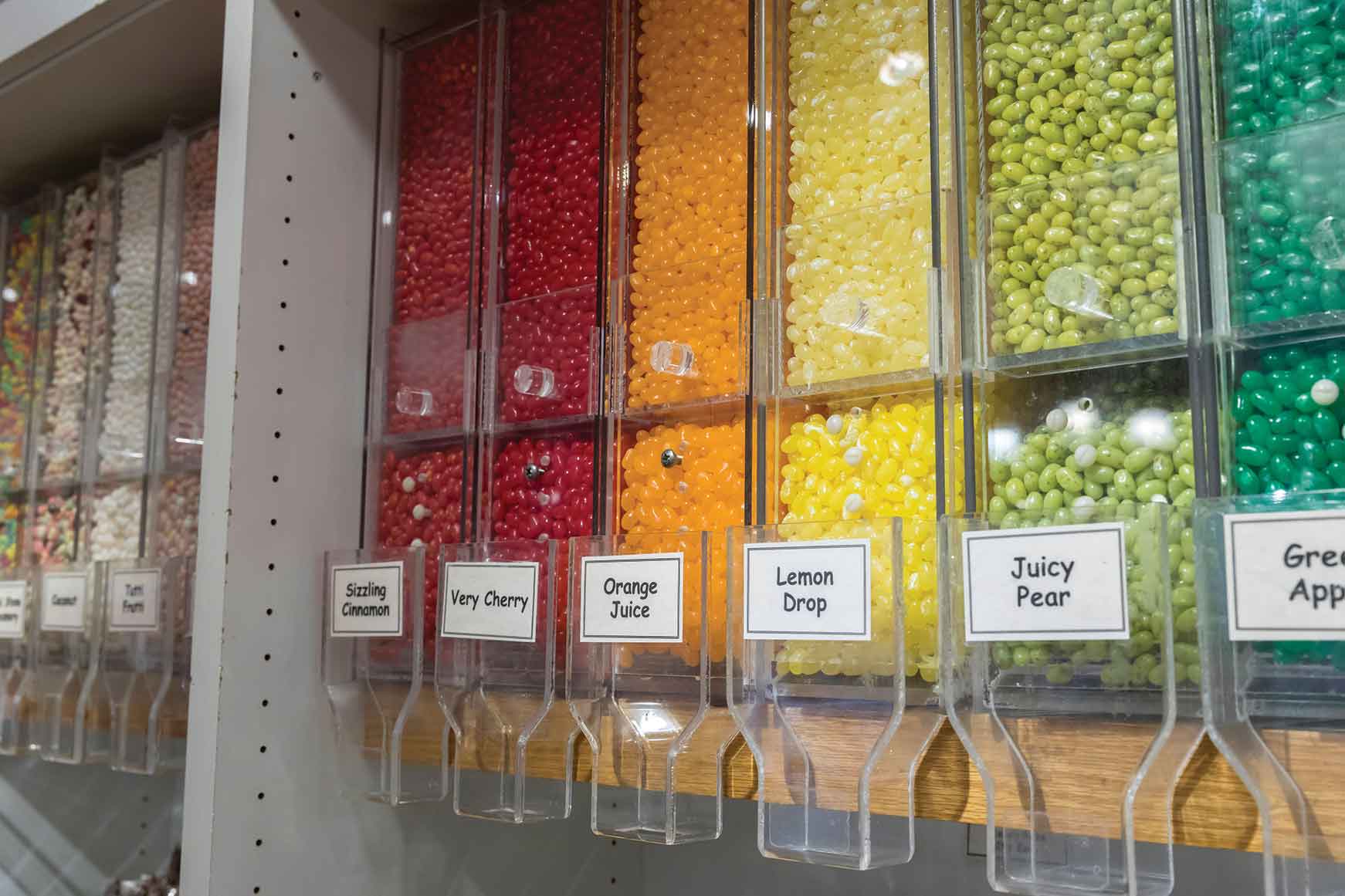 Founder Naomi Louise Turner is described by her daughter, Naomi Marie, as “ambitious, charismatic, independent and vivacious, a serial entrepreneur, always in love with the rush of a new project.”

Born in 1912 and raised in rural Maine, the elder Turner was introduced to the candy business by an uncle who owned Cape Cod Candies in Hyannis during the 1920s. While still a teenager, she took over the business in 1929. Over the next two decades, she opened additional candy stores in Florida, Rhode Island, Maine and Cape Cod.

By the early 1950s, Turner was her family’s sole breadwinner, supporting her retired Army colonel and war-injured husband who was enrolled in law school and two sons in college. The couple had an unconventional marriage—mostly living apart—which allowed Turner to travel and oversee the operation of several stores. According to their daughter, the couple had a close and unique bond: “Every Saturday at 5 p.m. on the dot, they would phone each other, eager to hear the sound of each other’s voice.”

Always on the hunt for a new location, Turner set her sights on Chatham and in 1955 negotiated a 20-year lease for a space on Main Street in the building now owned by her daughter. The name Candy Manor was inspired by the century-old Hebert Candy Mansion in Shrewsbury, Massachusetts.

During its early years, the Candy Manor opened for a 10-week summer season. Mother and daughter would arrive in town around July 1, their yellow DeSoto station wagon filled with folding card tables and candy-making supplies. “We’d set up the card tables, make a batch of fudge, dip some chocolates and be ready for business by the Fourth of July,” says daughter Naomi.

The story of how the two Naomis bootstrapped the fledgling business in its early years has acquired the status of local legend: “We slept in the station wagon or in the back room of the store, I in an old bathtub and my mother on the floor. We hoped to make enough money by August to rent a house for the month.”

After purchasing the business in 1970, daughter Naomi gradually lengthened the season to a full 12 months, overseeing the operation until her retirement at the end of 2018. Today, lines snake out the door on Valentine’s Day and Easter week. Attending a band concert on a Friday night in the summer wouldn’t be complete without a bag filled with fudge and chocolate turtles from the Manor. In the fall, there are caramel apples and hand-pulled candy canes for sale at Christmas. The Candy Manor has been one of the anchor businesses in Chatham for 64 years, and thanks to pioneer Louise Turner, there’s a pulse on Main Street all year-round. 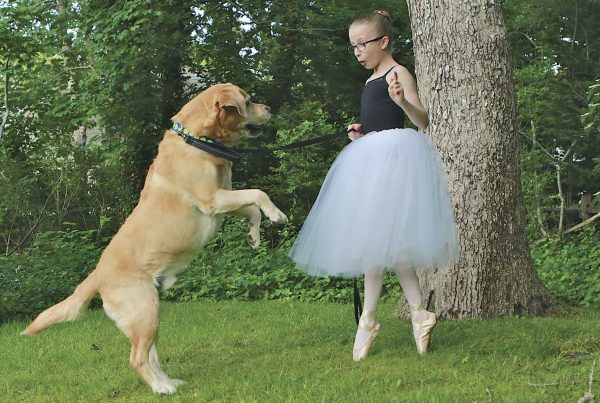 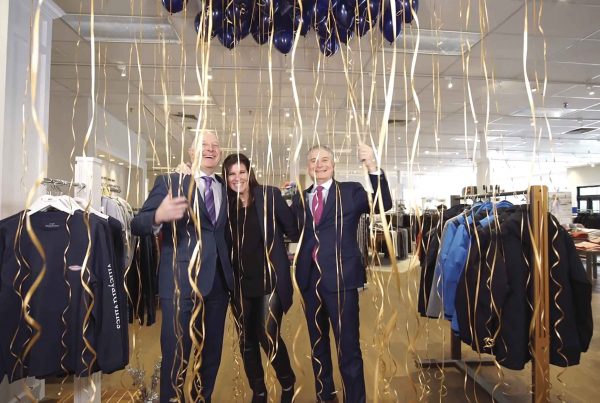 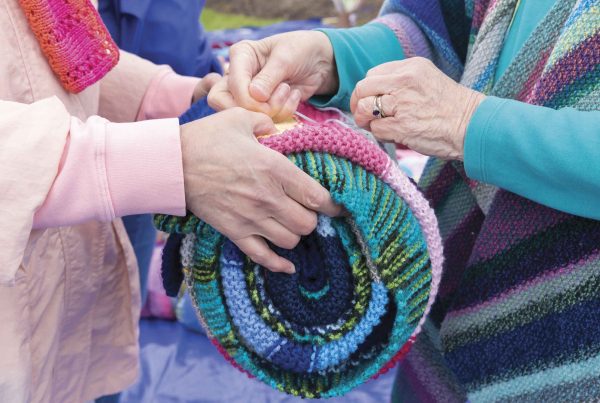